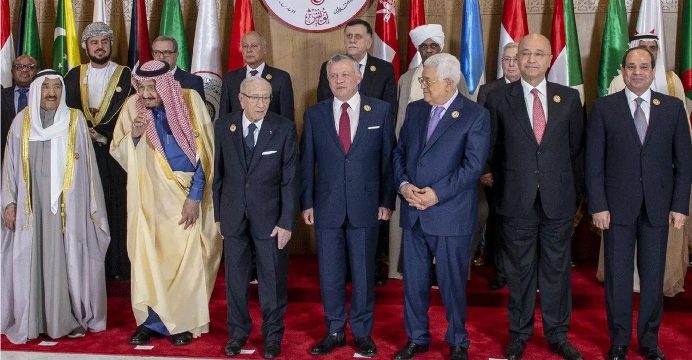 Arab leaders slammed the US decision to recognize the Golan Heights as Israeli territory at a summit in Tunis on Sunday but struggled for further unity as Qatar’s emir left the meeting early.

In a final declaration, the Arab League summit said it “affirmed that the Golan is occupied Syrian territory according to international law, the decisions of the United Nations and the Security Council”.

“It is true that America is the strongest military force in the world, but its decision is absolutely worthless,” League Secretary-General Ahmed Aboul Gheit told a closing news conference.

President Donald Trump signed a proclamation Monday in which the United States recognized Israel’s annexation of the strategic plateau that it seized in 1967 and annexed in 1981. 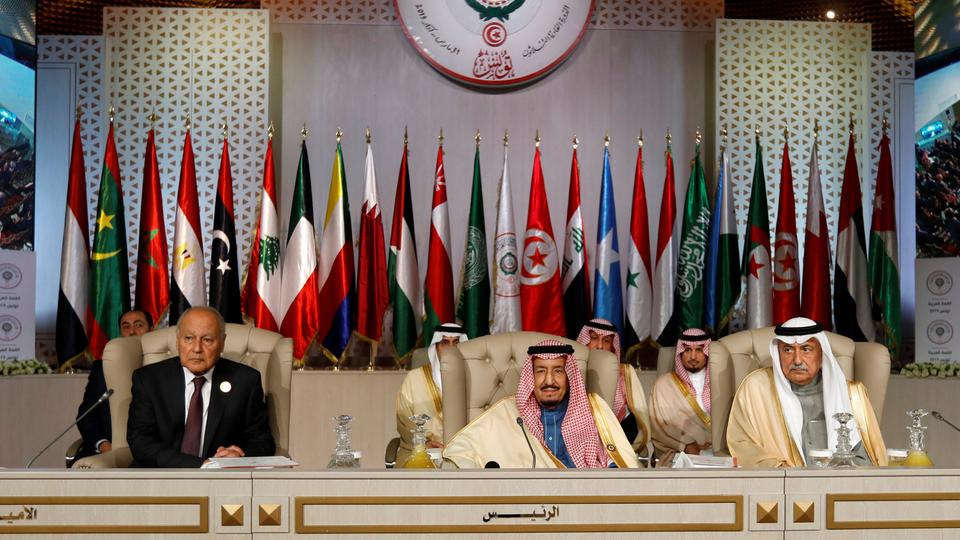 Israel’s move has not been recognized internationally, and three UN Security Council resolutions have called for it to withdraw from the territory.

Trump’s shift on Golan had already drawn a string of angry reactions from Arab capitals, despite proving problematic for key regional US allies such as Saudi Arabia.

The decision has also drawn criticism from other Security Council members and been rejected by the European Union.

The united front shown at the Tunis summit on the issue failed to mask other deep divisions inside the Arab League, as it struggles with major headaches such as a diplomatic crisis in the Gulf and conflicts in Syria and Yemen.

A Tunisian official, speaking on condition of anonymity, said the Qatari leader had walked out during the speech of League chief Aboul Gheit, and “has left Tunisia”. 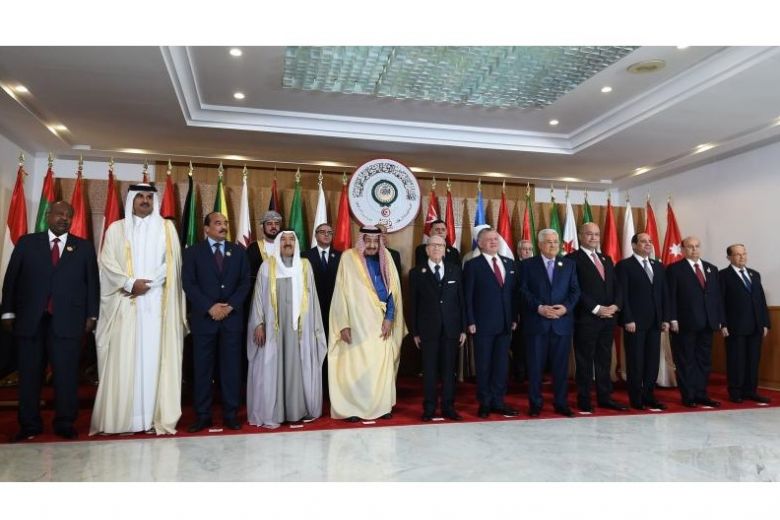 Qatar is at the center of a bitter Gulf standoff since June 2017, when Saudi Arabia along with the United Arab Emirates, Egypt and Bahrain severed ties with Doha.

The Saudi-led bloc accuses Doha of supporting extremist groups and being too close to Iran, charges Qatar denies.

The meeting in Tunis had brought together Saudi King Salman and the emir for a rare encounter.

But an appeal by Tunisian President Beji Caid Essebsi for the region to “overcome its differences” appeared to have little impact as the Qatari ruler left prematurely.

In his opening speech Aboul Gheit had blasted Turkey and Iran for their “interference” in Arab countries, insisting that Tehran and Ankara had worsened regional crises.