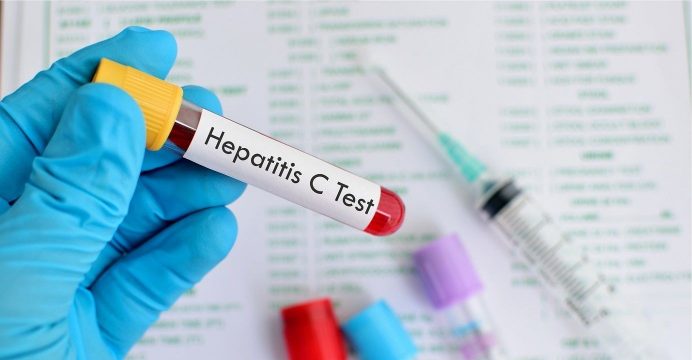 What is the possiblity of major progress against Hepatitis C by 2030?

A comprehensive package of prevention, screening, and treatment interventions could avert 15.1 million new hepatitis C infections and 1.5 million cirrhosis and liver cancer deaths globally by 2030 ŌĆō equal to an 80% reduction in incidence and a 60% reduction in deaths compared with 2015, according to the first study to model hepatitis C interventions globally published in The Lancet.

The estimates suggest that the interventions modelled in the study would reach the elimination targets set by the World Health Organization (WHO) to reduce the number of new hepatitis C infections by 80%, but narrowly miss the target to reduce mortality by 65% ŌĆō which would instead be reached by 2032.

ŌĆ£Even though it narrowly falls short of the WHO targets for 2030, the impact our estimates suggest would be a tremendous stride forwards,ŌĆØ says Professor Alastair Heffernan, Imperial College London, UK, who led the research. ŌĆ£Eliminating hepatitis C virus is an extremely challenging aim that requires improved prevention interventions and screening, particularly in high-burden countries such as China, India, and Pakistan. Across the globe, these options are currently well below the levels we estimate are needed to have a major impact on the epidemic. Research into how to improve this in all settings, as well as increased funding, will be needed if we are to reach these targets.ŌĆØ

Globally, it is estimated that 71 million individuals are chronically infected with hepatitis C virus, and 10-20% will develop liver complications including cirrhosis and cancer ŌĆō which were responsible for over 475,000 deaths in 2015. In recent years, the number of deaths from viral hepatitis infection has risen.

Transmission is most commonly associated with blood transfusions, unsafe healthcare-related injections, and injection drug use. The first two causes of infection have declined globally, but remain an issue in lower income countries. However, infection from injecting drug use is the primary cause in countries where all other causes have been mostly eliminated.

In 2014, direct-acting antivirals were developed, which provide greatly improved cure rates along with reduced side effects and shorter duration of treatment, meaning that more patients can successfully complete treatment than before.

As a result, in 2016, all 194 member states of the WHO have committed to eliminating viral hepatitis as a public health threat. These targets include reducing mortality by 65% and reducing new infections by 80% by 2030, compared with 2015 rates. This is to be achieved by preventing transmission (by improving blood safety and infection control measures, and extending harm reduction services for people who inject drugs), and expanding testing, and increasing treatment with direct-acting antivirals (DAAs) for those already infected.

In the new study, the authors created a model of the global hepatitis C epidemic in 190 countries using data on demography, people who inject drugs, current treatment and prevention programmes, historic trends, prevalence and mortality rates. Using this they estimated the effects of four interventions ŌĆō implementation of comprehensive blood safety and infection control measures; expansion of harm reduction services (such as opioid substitution therapy and needle and syringe programmes) for people who inject drugs; provision of treatment for all people as soon as they are diagnosed with hepatitis C infection; and expansion of hepatitis C testing, so 90% of people with hepatitis C are diagnosed and offered treatment by 2030.

If things continue as they are, the estimated number of people living with hepatitis C infection will gradually decrease to 58 million in 2050 but could rise by the end of the century. If treatment with direct-acting antivirals is not improved, outcomes could be even worse with considerably higher mortality and new infections.

Combining all three interventions and adding screening so that 90% of people with hepatitis C are diagnosed and offered treatment by 2030, would result in the biggest reductions ŌĆō averting 15.1 million new hepatitis C infections and 1.5 million cirrhosis and liver cancer deaths globally by 2030.

The authors note that reducing the global burden of hepatitis C depends on the progress made in just a few countries. Infections and deaths averted, after implementation of the comprehensive package of interventions, are concentrated in a small number of countries, in particular China, India, Pakistan, and Egypt, which are the countries that contribute most to projected new infections by 2030.

ŌĆ£Achieving such reductions requires a massive screening programme and demands a rapid increase in new treatment courses in the short term ŌĆō namely, 51.8 million courses of direct-acting antivirals by 2030. In the following 20 years, by contrast, the total number required is a much more modest 12 million courses. The reduced treatment requirement after 2030 indicates that rapid testing and treatment scale-up is a means to control the epidemic in the long term, though this must be done within the context of improved hepatitis C prevention measures as well,ŌĆØ adds Professor Tim Hallett, Imperial College London, UK.

The authors flag that the efforts to eliminate hepatitis C will entail considerable practical challenges and costs ŌĆō running into the tens of billions of US dollars by 2030 for a complete viral hepatitis strategy. However, many countries have made substantial progress despite this ŌĆō with innovative screening strategies being rolled out in Egypt as 700,000 people were treated with direct-acting antivirals in 2016, and Australia negotiating a volume-based pricing model for direct-acting antivirals that encourages, rather than rations, the prescription of expensive treatment courses.

Writing in a linked Comment, Dr Stefan Wiktor, University of Washington, USA, says: ŌĆ£The concept of eliminating hepatitis is gaining traction with the adoption of the WHO strategy, mention of ŌĆ£combatting hepatitisŌĆØ in the Sustainable Development Goals, and expansion of hepatitis services in some countries. Thus, it is encouraging that the analysis by Heffernan and colleagues shows that this concept is achievable. However, their analysis also indicates that the road to elimination will be difficult. The required expansion of hepatitis services will require political will and substantial new investments from national budgets and global funding sources. The authors do not address the cost of elimination but WHO estimated that implementing its strategy would cost US$11┬Ę9 billion for the period 2016ŌĆō21. Identifying these resources will be particularly difficult at a time of reduced investment in global health and a shift in focus toward universal health coverage rather than disease-specific programmes.ŌĆØ