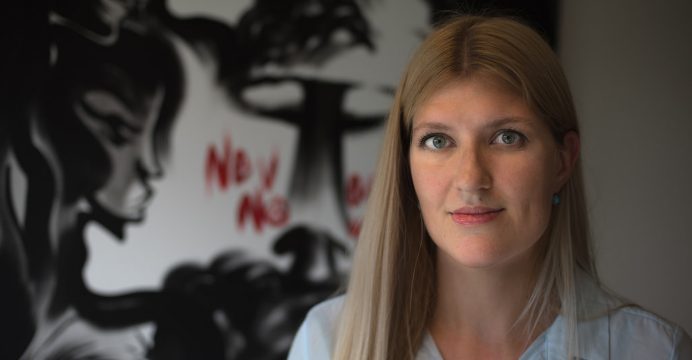 The world needs to “stop being passive” while the US and Russia decide whether to let a crucial nuclear arms control treaty collapse, the head of the Nobel prize-winning group ICAN told AFP.

Beatrice Fihn, who leads the International Campaign to Abolish Nuclear Weapons, described the potential failure of the pact as “an extremely dangerous situation”.

The United States and Russia agreed to the Intermediate-Range Nuclear Forces Treaty in 1987.

But last month Washington gave Russia a 60-day deadline — which ends on February 2 — to dismantle missiles that it claims breach the INF treaty or the US would begin the six-month process of formally withdrawing from the deal.

“If this treaty falls apart and the US withdraws… then both these countries are free to put in place these intermediate missiles on the borders of Europe,” Fihn said in an interview on Thursday.

She told AFP that the rest of the world had been “left on the sidelines just watching (US President Donald Trump and Russian President Vladimir Putin) and their egos” decide the fate of the vitally important treaty.

“We have to stop being passive,” added the 2017 Nobel Peace Prize winner.

“This is not just up to Trump and Putin to solve but this is a global issue and all governments have a role to play.”

Russia denies it has violated the treaty, which forbids ground-launched short- and intermediate-range missiles.

Russian foreign minister Sergei Lavrov has said Moscow is ready to work with Washington to save the agreement after bilateral talks in Geneva on the INF this week failed to resolve the impasse.