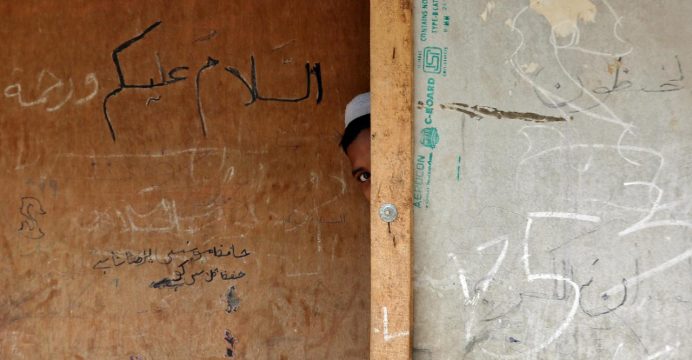 India on Thursday deported a Rohingya Muslim family of five to neighboring Myanmar, the second such group expelled in four months during a crackdown on illegal immigrants.

India’s Hindu nationalist government regards the Rohingya as illegal aliens and a security risk. It has ordered that tens of thousands of the community, who live in small settlements and slums, be identified and repatriated.

The husband, wife and three children had been arrested and jailed in northeastern Assam state in 2014 for entering India without valid documents, police said.

“The five Rohingya have been handed over to Myanmar officials and they crossed the border,” Bhaskar Jyoti Mahanta, Assam’s additional director general of police, told Reuters.

A Reuters picture from the India-Myanmar border showed the family members posing, with security officials of both countries standing behind them.

Jails in Assam held 20 more Myanmar nationals, all arrested for illegal entry, he added. But it was not immediately clear if all were Rohingya, a largely stateless Muslim minority in Buddhist-majority Myanmar.

India’s first deportation of seven Rohingya men to Myanmar in October sparked fears of further repatriations among those sheltering in its refugee camps, and concern that those returned faced the risk of abuse at the hands of Myanmar authorities.