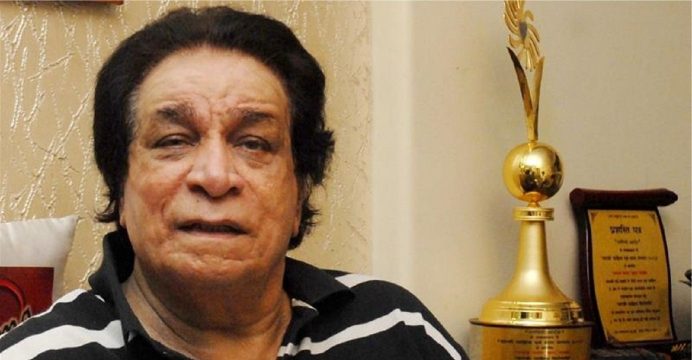 Actor Kader Khan died at the age of 81

Afghan-born Bollywood actor Kader Khan has died at the age of 81, after a prolonged illness at a hospital in Canada, his family said.

Khan, also a noted screenwriter, was admitted to a hospital in Toronto where he was being treated for age-related ailments, including respiratory illness, state-run All India Radio reported on Tuesday.

Khan’s last rites will be performed in Canada as his family is based there, his son Sarfaraz told Indian media outlets.

T 3041 – KADER KHAN .. actor writer of immense talent .. lies ill in Hospital .. PRAYERS and DUAS for his well being and recovery .. saw him perform on stage, welcomed him and his prolific writing for my films .. great company, a Libran .. and many not know , taught Mathematics ! pic.twitter.com/yE9SSkcPUF

“Kader Khan brightened the screen with his stupendous acting skills. He was also a prolific screenwriter associated with many memorable films. Saddened by his demise. Condolences to his family and admirers,” Modi wrote on Twitter.

Born in Kabul to an Afghan father and a mother from British-controlled India, Khan made his debut in 1973 and acted in over 300 films, apart from writing dialogues for nearly 250 films. He was part of several Bollywood hits including “Coolie”, “Naseeb” (Destiny) and “Aankhen” (Eyes).

The actor was lauded for the wide range of characters he portrayed, which included roles as a villain and as comic relief.