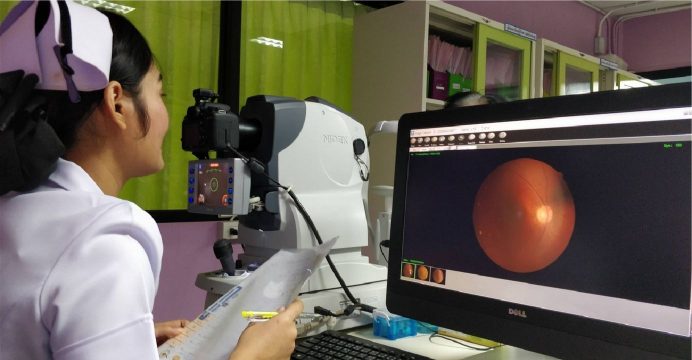 Google said on Thursday it had launched an artificial intelligence program in Thailand to screen for a diabetic eye disease which causes permanent blindness.

The eye screening program in Thailand follows a similar Google program in India and highlights a push by big tech companies to show the social benefits of new AI technologies, reports Reuters.

“As a society, we have a responsibility to use AI in the best possible way,” Kent Walker, the company’s Senior Vice President for Global Affairs, said in speech at a Google event in Bangkok on Thursday.

The event also highlighted other social benefits of Google’s AI projects, such as stopping illegal fishing in Indonesia.

Google’s Thailand diabetes program was announced in partnership with a Thai state-run Rajavithi Hospital. This followed a joint-study which found the AI program to have an accuracy rate of 95 percent when it comes to disease detection, compared with 74 percent from opticians or eye doctors.

The program analyses patients’ eye screen results to assess if they are at a risk of vision loss, which will enable them to have preemptive treatment.

Thailand is one of the world’s most important sugar producers and high sugar consumption is common amongst its 69 million population.

The Thai government has been campaigning against behavior that can lead to diabetes and has made the diabetic eye screening one of the country’s national health indicators since 2015.

Thailand has only around 1,400 eye doctors for its 5 million diabetic patients, who are all at risk of the vision loss, Paisan Ruamviboonsuk, Ravajithi Hospital’s assistant director, told reporters.

Paisan said the program is intended to achieve a nationwide eye screening rate of 60 percent, which is also the Thai government’s target.

In October, Google said it would grant about $25 million globally next year to humanitarian and environmental projects seeking to use AI for good.