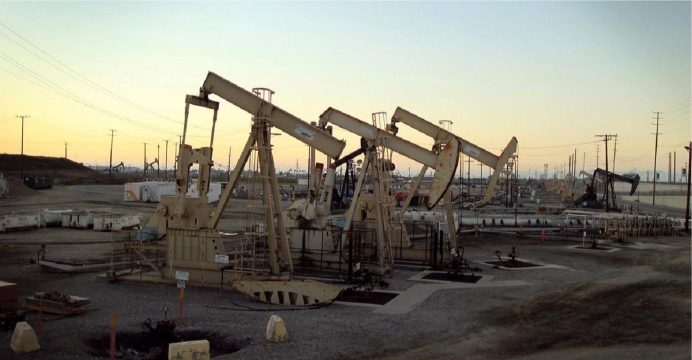 Oil rebounded to $73 a barrel on Wednesday

Oil rebounded to $73 a barrel on Wednesday after falling to its lowest since August, supported by a report that Russia and Saudi Arabia are discussing oil output cuts in 2019.

Russia’s TASS news agency, citing an unnamed source, reported that the two countries, the biggest producers in an OPEC-led alliance that has been limiting supply since 2017, have started bilateral talks on the issue, reports Reuters.

“I think this is a little bit of verbal intervention, trying to get some speculative length back into the market,” said analyst Olivier Jakob of Petromatrix. “The global supply and demand balance does not look very tight next year.”

While Iranian oil exports are expected to fall because of U.S. sanctions that took effect on Monday, reports from OPEC and other forecasters have indicated that the global market could see a 2019 supply surplus as demand slows.

A ministerial committee of some Organization of the Petroleum Exporting Countries members and allies, including Russia and Saudi Arabia, is due to meet on Sunday in Abu Dhabi to discuss the market and outlook for 2019.

Any return to limiting supply would follow a June decision by the OPEC-led group to relax output curbs in place since 2017, after pressure from U.S. President Donald Trump to cool prices and make up for losses from Iran.

Supply from countries such as Saudi Arabia has risen sharply since June. In addition, having initially talked of cutting Iranian oil shipments to zero, Washington gave waivers to eight customers, raising the prospect of more Iranian oil in the market than expected.

“The market continues to shift from worrying about tightening supplies to acknowledging upside supply risks and weakening demand growth,” analysts at JBC Energy wrote in a report.

The American Petroleum Institute, an industry group, said on Tuesday U.S. crude stocks rose by 7.8 million barrels last week, more than analysts had forecast. The government’s official supply report is due at 1530 GMT.