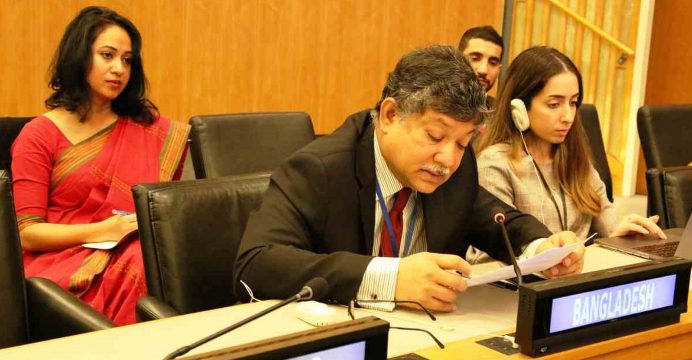 “We are concerned that our hard-earned gains in the ICT sector are insecure as the cyber space remains open to many threats and risks. Critical infrastructures around the world have become regular target of cyber-attacks,” he said.

The ambassador was speaking at the plenary of the second committee of the 73rd session of the UN General Assembly in New York on October 19, marking the 70th anniversary of the Universal Declaration of Human Rights (UDHR), said a press release here today.

Momen said the government has taken different initiatives to ensure foolproof cyber security in all sectors of the country.

“Our Parliament has recently enacted the Digital Security Act. A Cyber security Incident Response Team is in place, which cooperates with other countries. A Digital Forensic Laboratory has been set up for training purposes. A National Cyber Security Agency is in the process of being set up,” he added.

He said digital economy is an important part of the global economy now and Bangladesh needs the assistance of development partners to develop our international trade capacities in this regard. “The UN too can play a critical role in making the digital world safer by continuing its work on norm-setting in information security.”

As Prime Minister Sheikh Hasina reflected in her address to the General Assembly during the High-Level Week that “Digital Bangladesh is to promote people’s well-being”, he said, Bangladesh has utilized ICTs as effective tools for advancing its development. 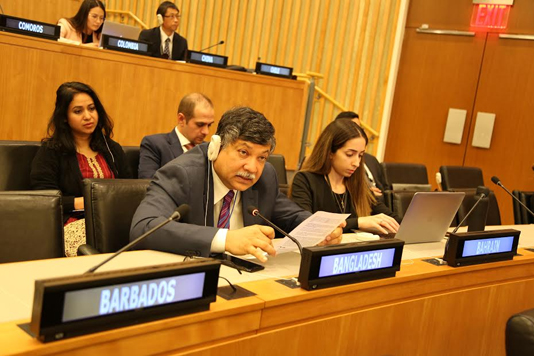 “In the last ten years, the Government devoted its efforts to build ‘Digital Bangladesh’ and transform its economy and bring qualitative change in the people’s lives.”

The envoy said widespread introduction of internet-based public service delivery has led to growth in job creation at the grassroots level in the country which has also improved the quality of the services provided to the people and reduced corruption and malpractices.

Momen said Bangladesh focuses on access to finance could be materialized through internet-based services.

“Providing such easy access to financial services to the women and people in the rural areas has improved their economic condition and reduced inequality,” he said.

He informed that the central bank of Bangladesh had been playing a pivotal role by introducing mobile financial services and Bangladesh is also exploring the use of ICT to ensure the growth of blue economy based on its vast marine resources.