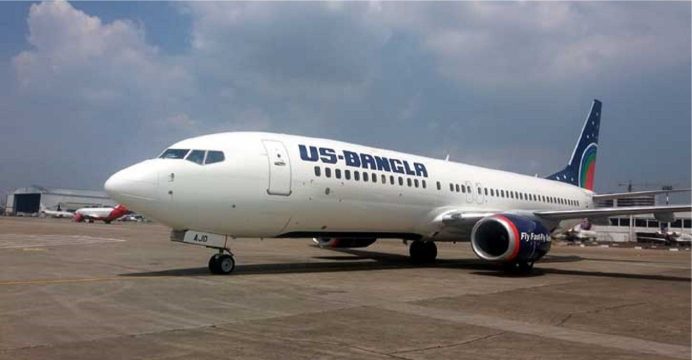 US-Bangla Airlines, one of the private local carriers will add two new Boeing 737-800 aircrafts to their fleet in November aiming at opening new routes as well as increasing flight frequency to different international destinations.

The aircraft with a capacity of accommodating 167 passengers each, eight in business and 159 in economy classes, will be added to the airlines fleet by the first and third week of November respectively, a press release said.

In the international region, the US-Bangla Airlines operates to Kolkata, Muscat, Doha, Kuala Lumpur, Singapore, Bangkok and Guangzhou from Dhaka and to Muscat, Doh, and Kolkata from Chittagong.

Meanwhile, the airlines is operating in the country’s all seven domestic destinations – from Dhaka to Chittagong, Cox’s Bazar, Jessore, Saidpur, Sylhet, Barisal, and Rajshahi routes.