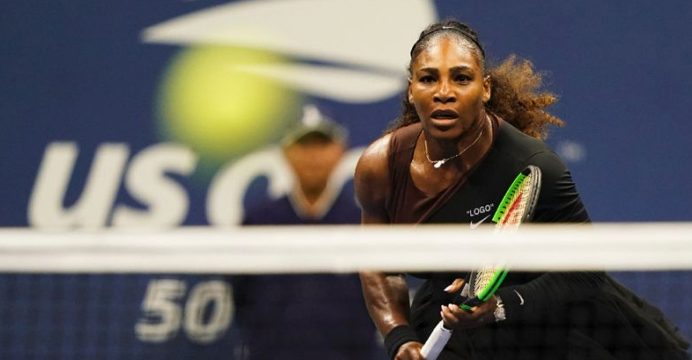 It’s all Serena in all-Williams US Open clash

Serena Williams turned her 30th career meeting with her sister Venus into a one-woman showcase Friday, reaching the US Open fourth round with a 6-1, 6-2 victory.

Reluctantly rising to an occasion neither sister enjoys, Serena said she played her best match since she returned in March, more than six months after giving birth to daughter Olympia last September 1.

“I played much better tonight than I have since I started this journey on my way back,” said Serena, although she wasn’t sure she’d agree with Venus’s assessment that it was the best match she’d ever played against her sister.

“I think it’s by far the best match I ever played against her in forever,” she said. “But I don’t know about ever, ever.”

Either way, the scoreline equalled Serena’s most lopsided victory over Venus, and took her head-to-head record against her sister to 18-12.

“She played so well, I never got to really even touch any balls,” Venus said. “I don’t think I did a lot wrong. But she just did everything right.

“Obviously that level is definitely where she’s going to want to stay during this whole tournament. 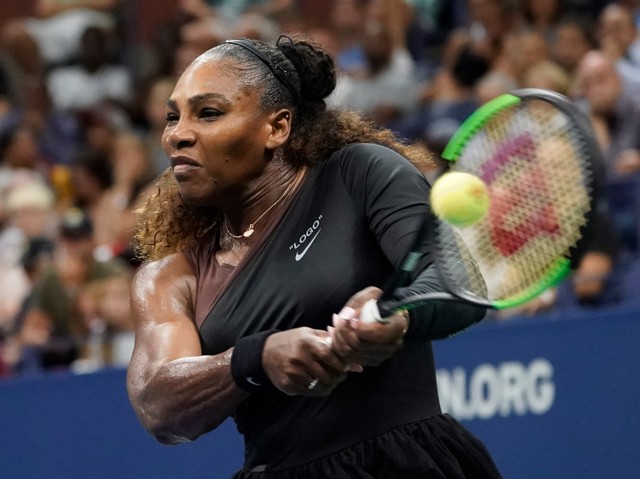 The most dramatic moment of the contest came when Serena rolled her right ankle in the second game. She took a medical timeout at the next changeover to have more tape added the bandage she was already wearing under her sock.

There was no sign she was affected as she romped through seven straight games.

“It feels good for the match to be over with. Win or lose, it just feels good that that’s done,” said Serena, who showed none of her usual ebullience on court even as she belted 34 winners and 10 aces.

When she sealed it with a forehand winner, the sisters met at the net for a hug then walked to their chairs before Serena acknowledged the crowd with a wave.

“It’s not easy,” Serena said of facing Venus. “She’s my best friend. She means the world to me. Every time she loses I feel like I do.”

Since falling to Angelique Kerber in the Wimbledon final, Serena had endured erratic results in the hardcourt buildup to the US Open.

But she looked every inch a contender to claim a record seventh US Open crown that would see her equal Margaret Court’s record of 24 major titles.

Serena will try to take the next step when she takes on Kaia Kanepi for a place in the quarter-finals.

The Estonian, who toppled world number one Simona Halep in the first round, defeated Sweden’s Rebecca Peterson 6-3, 7-6 (7/3).