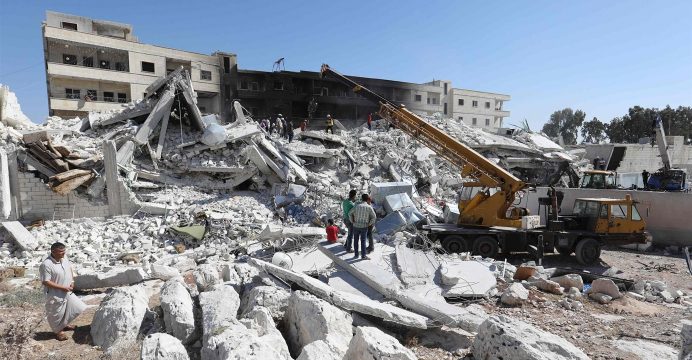 The death toll of an explosion at a weapons depot in northwestern Syria has risen to 69, mostly civilians including 17 children, a monitor said Monday as search operations continued.

Sunday’s blast of unknown origin in the town of Sarmada in Idlib province took the lives of 52 civilians, the Syrian Observatory for Human Rights said.

The explosion also killed 17 members of Hayat Tahrir al-Sham, a jihadist- led alliance, according to the Britain-based monitor, which relies on a network of sources inside Syria. 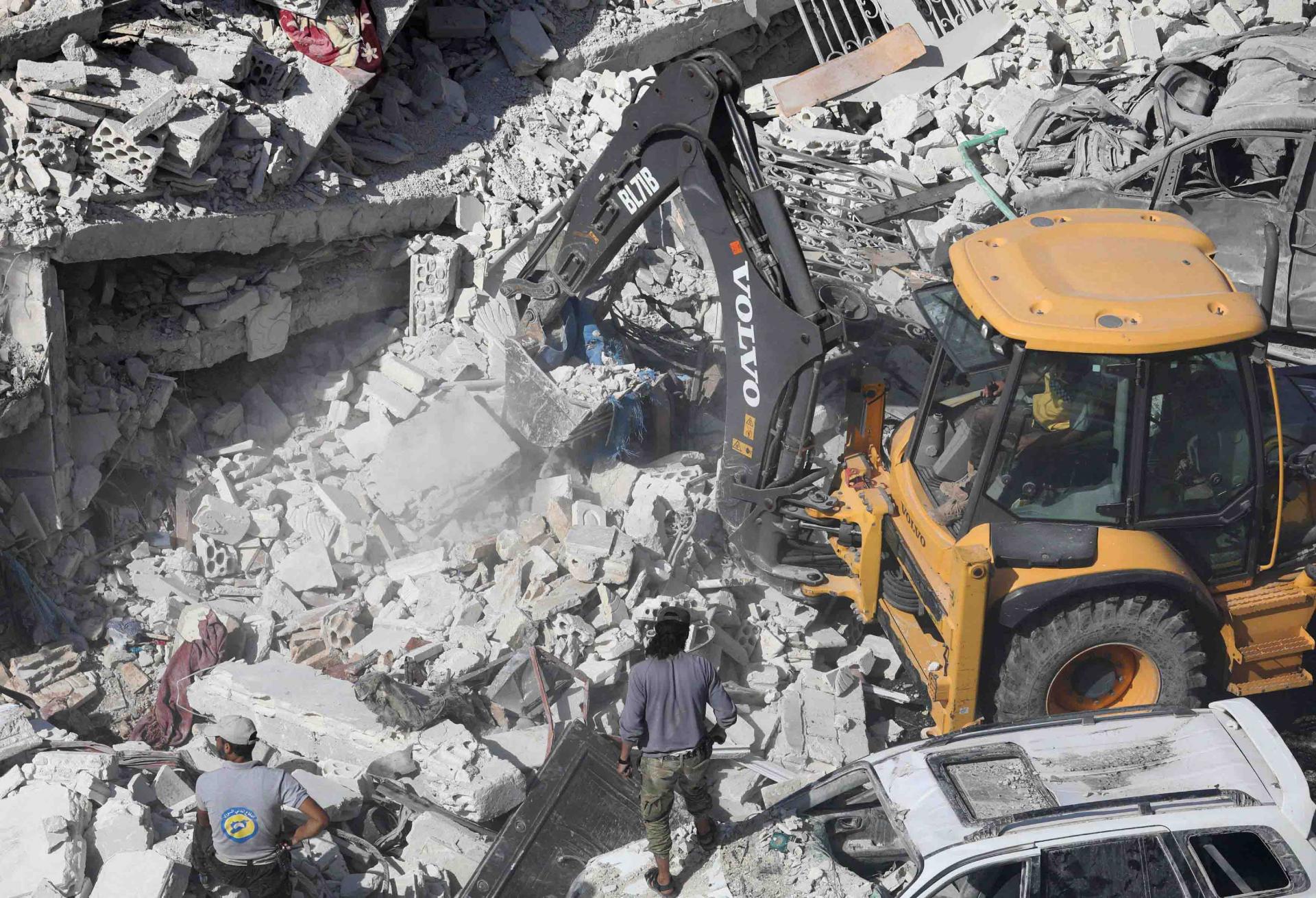 “Rescue operations are still ongoing,” Observatory head Rami Abdel Rahman told AFP, more than 24 hours after the blast at the depot inside a residential building.

Most of the civilians killed were family members of HTS fighters displaced to the area from the central province of Homs, he said.

HTS controls more than half of Idlib province and is led by jihadists from Syria’s former Al-Qaeda affiliate.

Most of the rest is held by rebels, while the regime also holds a slither of the province’s southeast.

The Islamic State jihadist group also has sleeper cells in the area. 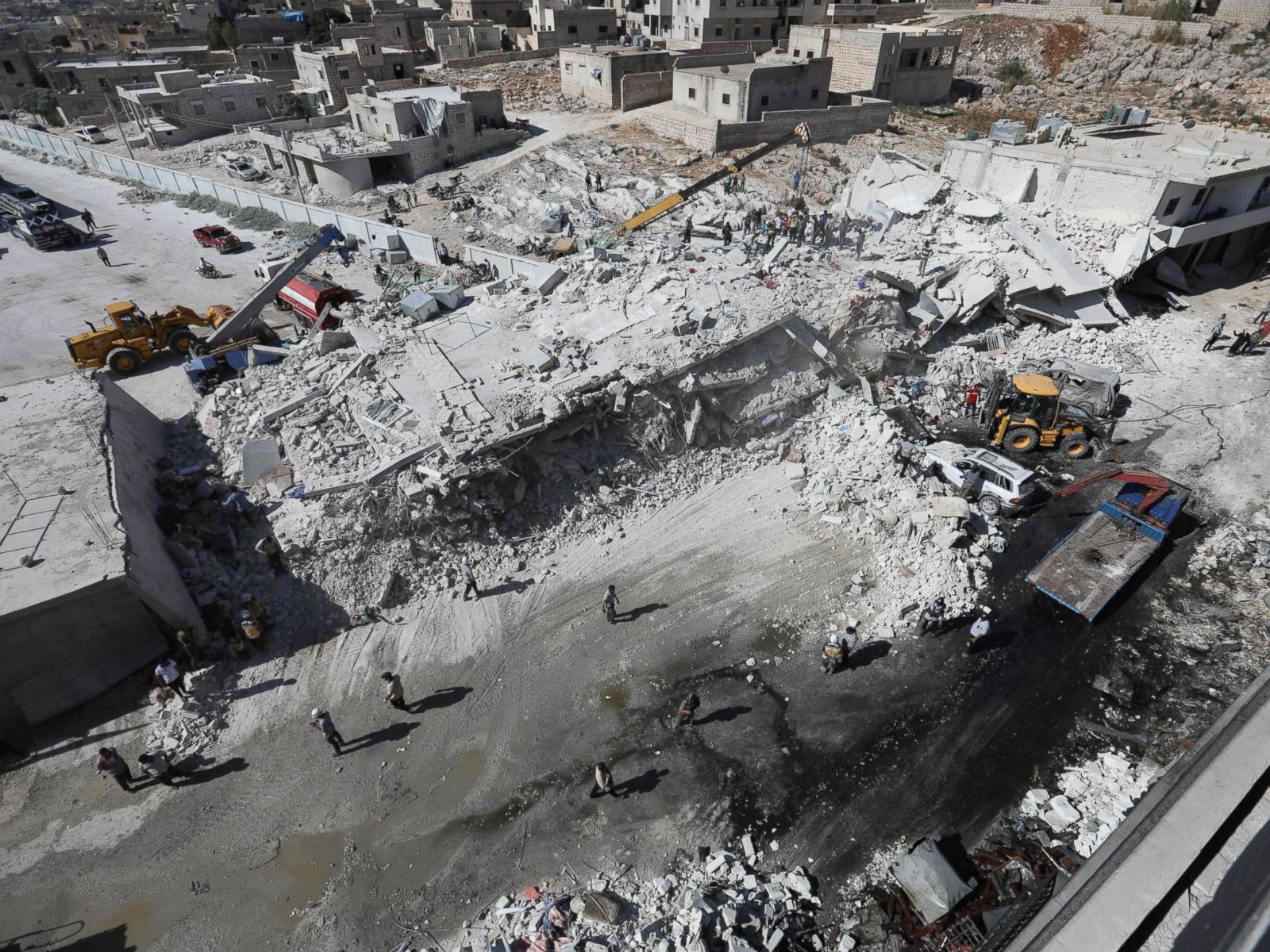 In recent months, a series of explosions and assassinations — mainly targeting rebel officials and fighters — have rocked the province.

While some attacks have been claimed by IS, most are the result of infighting since last year between other groups.

Regime forces have in the past week ramped up their deadly bombardment of southern Idlib and sent reinforcements to nearby areas they control.

President Bashar al-Assad has warned that government forces intend to retake control of Idlib, after his Russia-backed regime regained chunks of territory from rebels and jihadists in other parts of Syria.

Around 2.5 million people live in the province, half of them displaced by fighting in other regions of the country.

More than 350,000 people have been killed and millions displaced since Syria’s civil war started in 2011 with the brutal repression of anti-government protests.