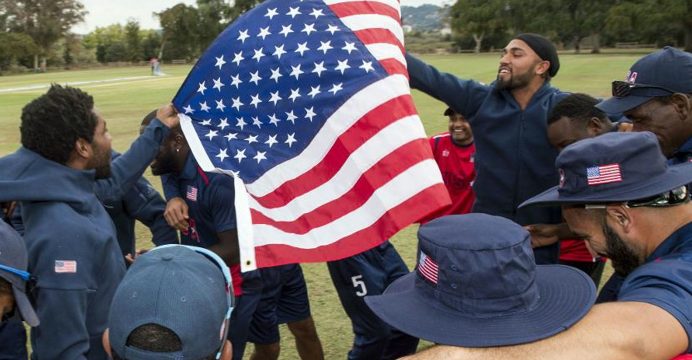 Three individual directors and other key functionaries have been unveiled after the recent elections.
In a significant landmark for USA Cricket, the results of the recently completed elections, where seven constituent seats were contested, have been announced after an overwhelming turn-out by the U.S. cricketing community.

The winners of the election, along with the corresponding terms, are listed below. In accordance with the election procedures, these results have been validated by both BiggsKofford, a Colorado accounting firm, as well as the ICC in Dubai.

3 Individual Directors are Avinash Gaje for the 3-year term, Suraj Viswanathan for the 2-year term and Venu Pisike for a 1-year term.

in Club Director post,after 4 rounds of preferential voting Ajith Bhaskar won it with 66 votes for the 2-year term.

As evidenced by the results above, there is still a tie for the League Director position in spite of the preferential voting system used as Mr. Nadkarni and Mr. Rai split all the first place votes in the first round. This meant the other two candidates were both eliminated after round 1 and there were no other first place votes to reallocate after the preferential algorithm ran. As a result, this election will be rerun starting on Sunday, August 5 at 9a PT and will remain open until Sunday, August 12 at 11:59p PT. The rerun election will use the same 24 League voters and will end sooner if all 24 cast their vote before August 12. If the rerun election also ends in a tie, Mr. Nadkarni and Mr. Rai have agreed to a coin toss to decide the winner.

A remarkable 46% of USA Cricket’s eligible Membership cast their votes, which highlights a commitment to cricket in the United States and sets an extremely positive foundation to move forward for the sport.

The Nominating and Governance Committee, who approved both the League Director runoff as well as the coin toss tiebreaker, are in the process of finalizing their recommendations for the three Independent Directors. This process will be complete by no later than mid-September when the Board will be officially seated and assume governance responsibility for USA Cricket. An application for Membership in the International Cricket Council (ICC) is expected to be submitted to the ICC Board by the end of 2018.

Additional information about the Board as well as next steps will be available in the coming weeks.