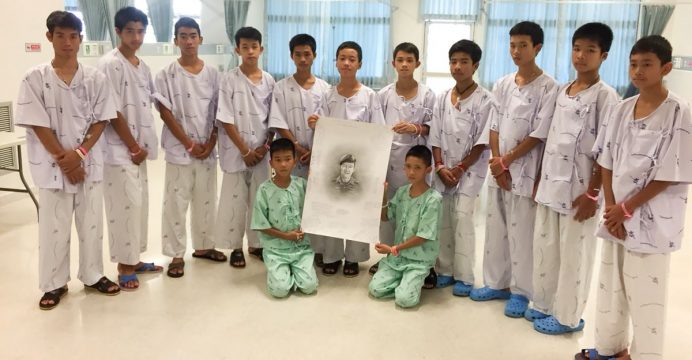 The 12 boys and their soccer coach rescued from a flooded cave in Thailand left a hospital on Wednesday for their first public appearance at a nationally-broadcast news conference in the northern province of Chiang Rai.

Vans painted in silver and pink drove the boys, aged 11 to 16, and their 25-year-old coach, out of the hospital where they have stayed since last week’s international effort to extricate them from a flooded cave complex in which they had been trapped. 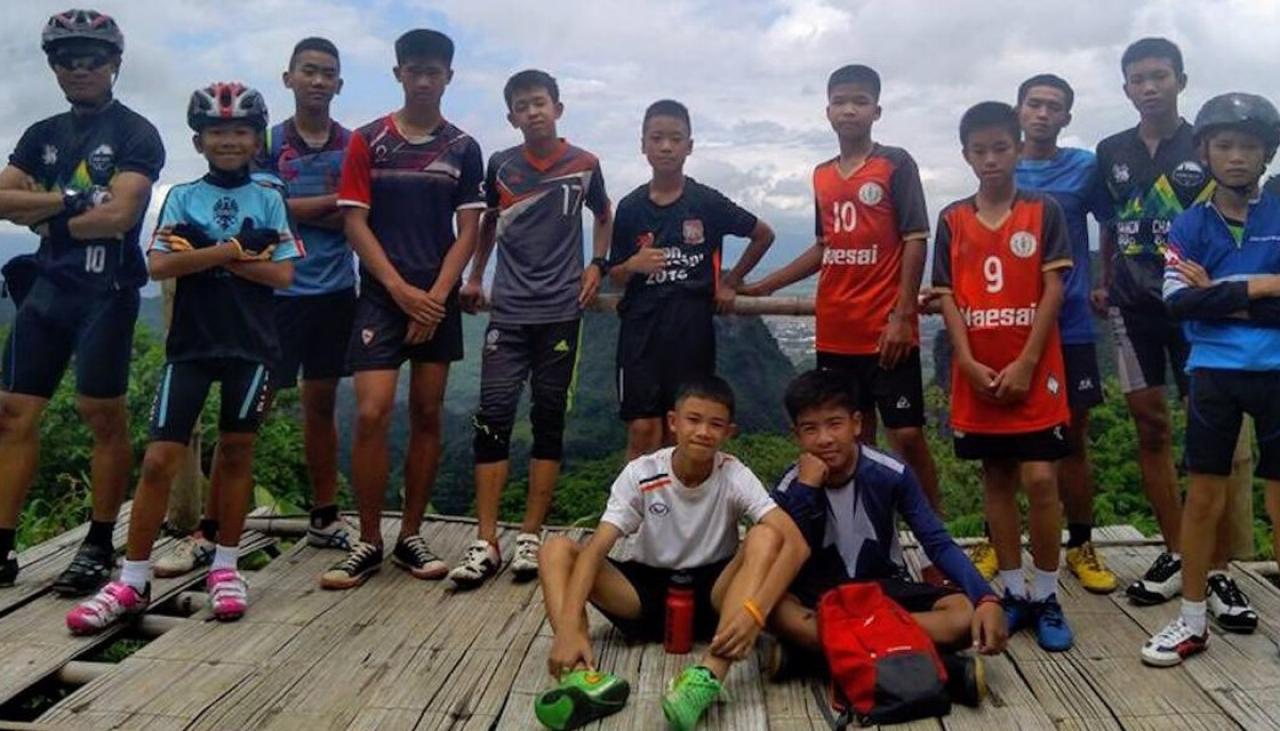 “The boys have left. The vans are leaving,” said a Reuters witness, as the boys, wearing T-shirts emblazoned with a red graphic of a wild boar and backpacks slung over their shoulders, went past a crowd of cameras to enter the vans.

The government has allotted a 45-minute slot for the conference on its “Thailand Moves Forward” program, which will be televised live on dozens of channels around 6 p.m. (1100 GMT).

The boys’ friends gathered to greet them on the set for the broadcast, designed to resemble a soccer field, complete with goalposts, nets and scattered with black-and-white footballs, while benches stood on a dais for the boys to sit on.

“Bringing the Wild Boars Home,” read a banner in Thai hung above the platform.

The boys, their coach and some rescuers will be asked a series of questions submitted by journalists in advance, officials said.

“We don’t know what wounds the kids are carrying in their hearts,” said justice ministry official Tawatchai Thaikaew, who asked for the boys’ privacy to be respected after the discharge, for fear that media attention could affect their mental health.

“The media know the children are in a difficult situation, they have overcome peril and if you ask risky questions then it could break the law,” he told reporters.

The group had planned to explore the Tham Luang cave complex for about an hour after soccer practice on June 23. But a rainy season downpour flooded the tunnels, trapping them.

Two British divers found them on July 2, squatting on a mound in a chamber several kilometers inside the complex. All were brought to safety during the three-day rescue, organized by Thai navy SEALs and a global team of cave-diving experts.

Some Thai television personalities joked that the boys’ appearance would boost ratings for an otherwise dull show that features discussions of the military government’s performance.

“This is the story all Thais want to hear. Don’t switch it off, don’t put it on mute,” joked a presenter of Voice TV, a broadcaster that is often critical of the military government.

“It should help the Thailand Moves Forward show’s ratings shoot through the roof.”

The rescue effort drew global media attention and hundreds of journalists, many of whom left after it wrapped up, but excitement picked up again in the usually sleepy town of Chiang Rai ahead of the much-anticipated appearance.

King Maha Vajiralongkorn has allowed a party to be held in the Royal Plaza, a public square in Bangkok’s old town, to thank the Thai and foreign participants in the rescue, the government said.

Earlier, Prime Minister Prayuth Chan-ocha told reporters the celebration would feature a banquet and entertainment, but gave no further details.