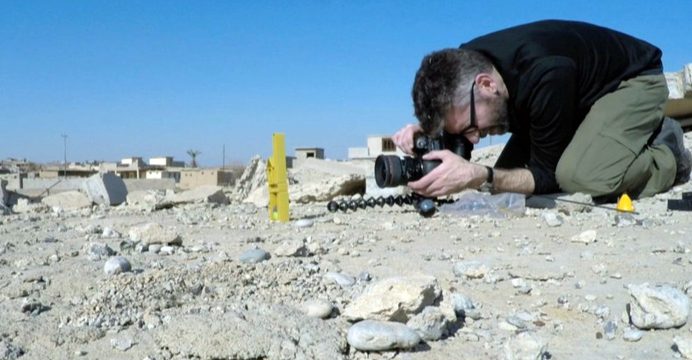 U.S. photographer Brian McCarty wants you to see the horrors of war, but through the eyes of a child.

There is no blood or mangled bodies. Instead there are pink dolls and blue tanks. A bird from a video game represents bombs falling from the sky. An elephant symbolizes a lost sibling.

McCarty’s most recent work was set in Mosul where thousands of civilians where caught up in the fight to oust Islamic State. Social workers say children who witnessed the violence will suffer trauma for years.

He uses art-therapy drawings and interviews with the children to depict their accounts using toys. 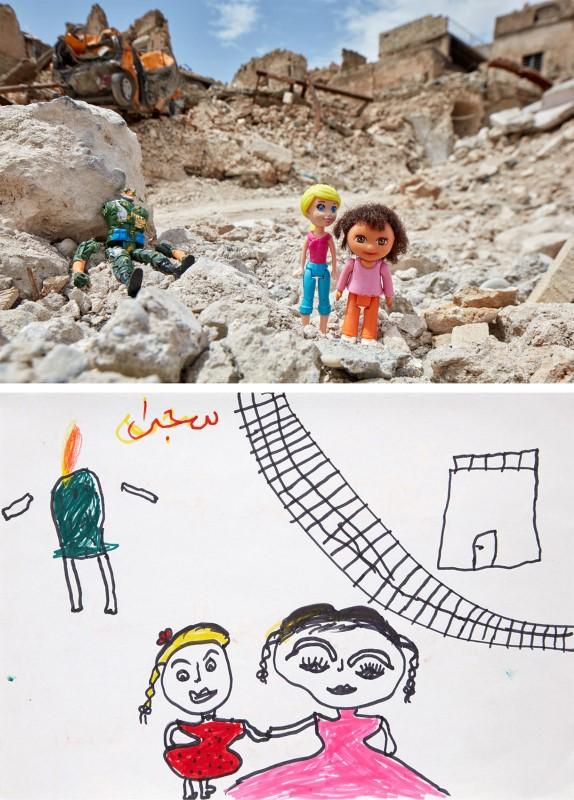 A drawing by an Iraqi child shows two siblings fleeing next to a dismembered body, next to a photo rendition in the old city of Mosul, Iraq, in this handout obtained by Reuters on July 9, 2018.

“I harness that to tell their stories and give it to an audience that normally maybe wouldn’t look,” said McCarty, 43.

The children draw the horror, the loss, and the harm they suffered. Often, their accounts are presented with symbols which McCarty then recreates with toys. The result is a mix of the realistic and the absurd, with a hint of pop culture.

McCarty describes it as “reality with a dose of sugar”.

“People will connect to this. Especially for Western audiences where it is so easy to cast people in war zones … as ‘the others’,” McCarty said in an interview in Beirut. 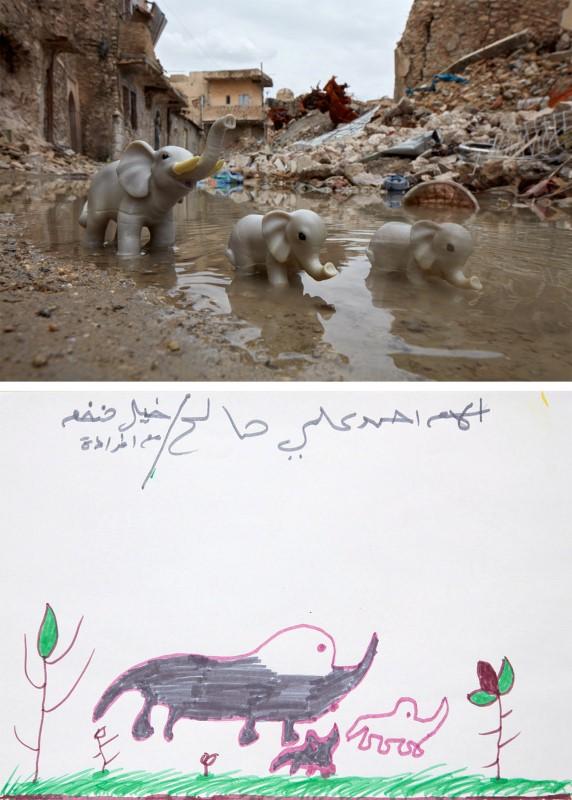 A drawing by an Iraqi child shows an elephant and calves next to a photo rendition with toy elephants in the old city of Mosul, Iraq.

“It gets past that because these are just toys. They are just plastic totems of real people.”

A boy taking part in one session near Mosul in May drew an adult elephant with two calves. While he colored in the parent and one of the calves, he refused to color in the second which he said represented his dead sibling.

In his recreation, McCarty placed a toy elephant in a pool of dirty water standing behind a calf. He then superimposed a faded image of the second calf to represent the dead sibling.