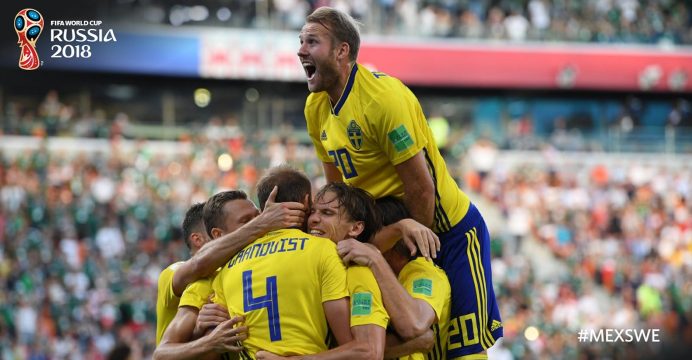 Sweden was saving their best for the last group F match of the FIFA World Cup 2018 as they blank Mexico 3-0 on Wednesday at Central Stadium in Yekaterinburg, Russia.

After a barren first half Sweden came in a very determined mood as if they meant business as they raided rival defense time and again.

A Granqvist  doubled the margin  for Sweden from a penalty in the 62nd minute of the match. The third goal came in favor of Sweden as E Alvarez of Mexico scored a own suicidal goal in the 74th minute(3-0). 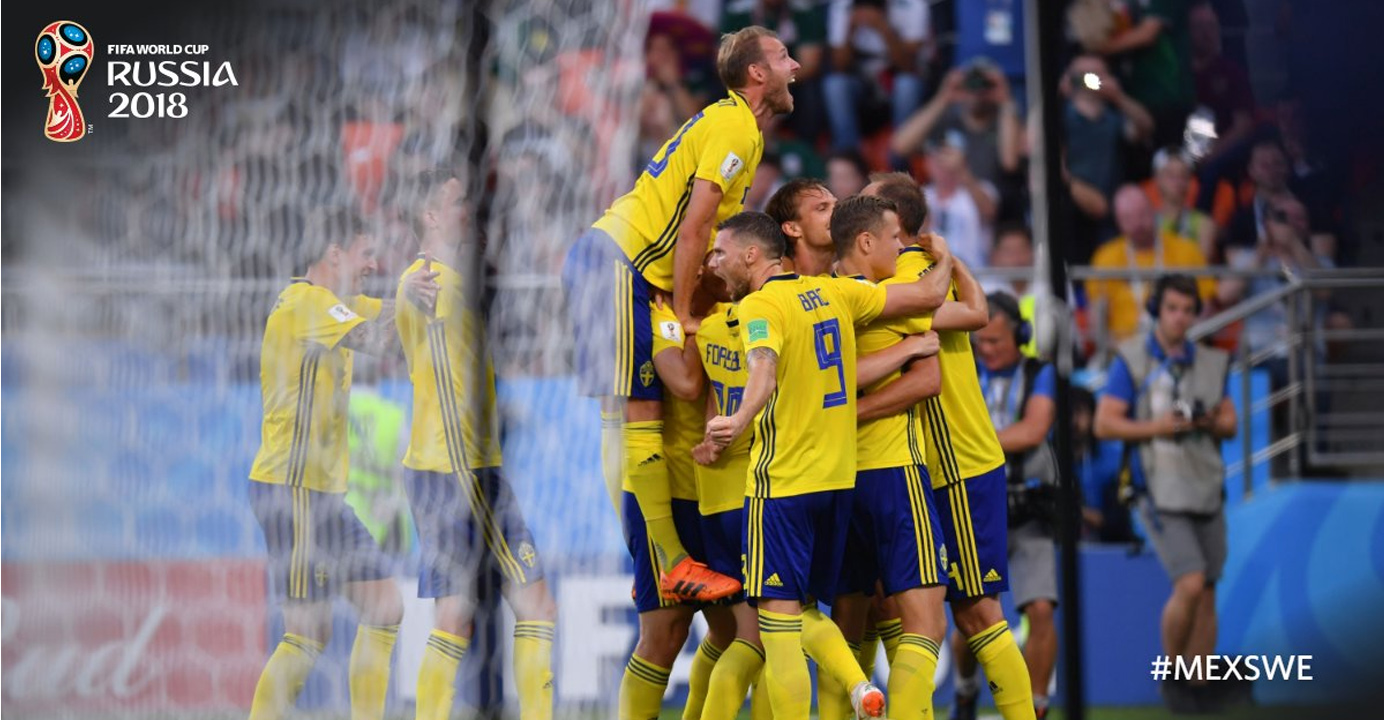 With this victory, Sweden topped the group F by securing six points from three matches while Mexico had to remain at their previous credit of six points playing the same number of matches.

Sweden having a better goal average topped the group will face

Earlier, Mexico beat Germany by 1-0 goal in their group opening match and defeated South Korea by 2-1 goals in their second group match.