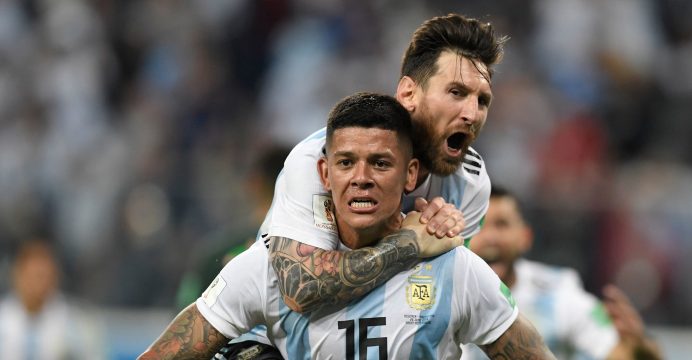 Argentina escaped a humiliating first-round exit from the 2018 World Cup on Tuesday, stunning Nigeria, 2-1, with a goal by defender Marcos Rojo in the 86th minute.

Lionel Messi, the Argentine star who was counted on to save his nation’s pride, delivered an early goal and seemingly willed his team to victory in the second half. 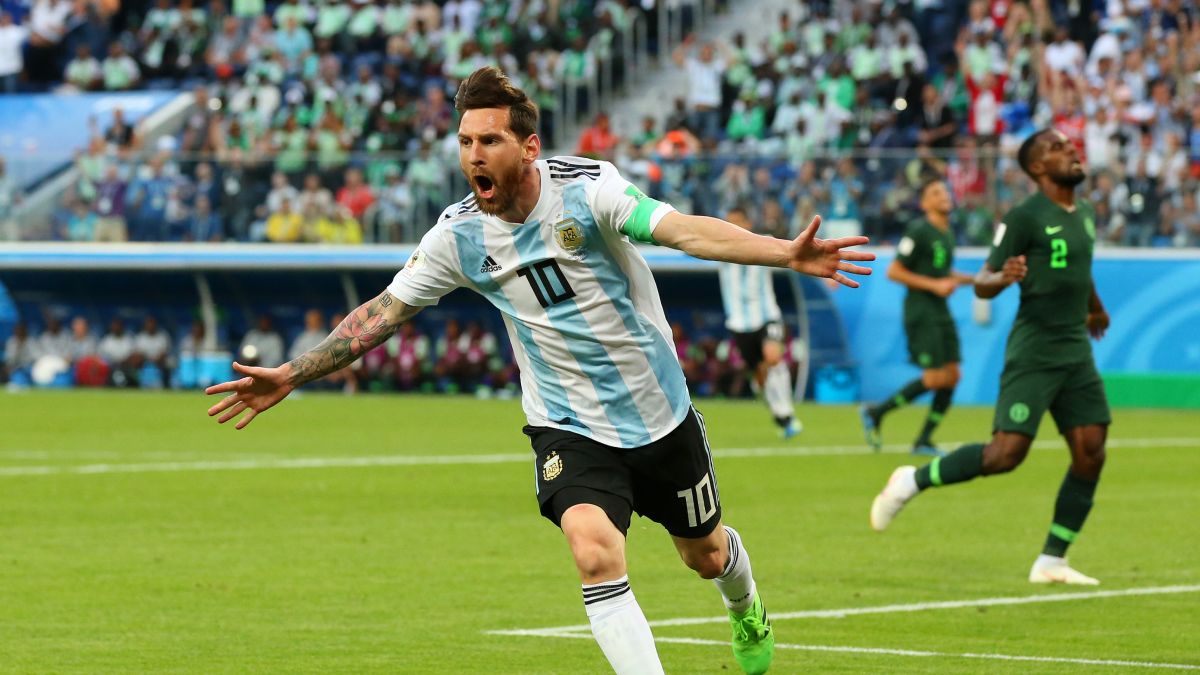 Defending a corner, Argentine defender Javier Mascherano jockeyed Leon Balogun inside the area and when the Nigerian fell to the floor, Turkish referee Cuneyt Cakir awarded a penalty.

After lengthy and impassioned protests from the Argentine players, Moses managed to keep his cool and slot past Franco Armani to level the scores.

Nigeria wasted several chances to add a second and secure their place in the last 16 before the unlikely source of Manchester United central defender Rojo kept Argentina’s tournament alive and left Nigeria in despair.

Argentina, a team that looked like it had no chance of moving on from the group stage of the 2018 FIFA World Cup, is back from the dead after securing a late win over Nigeria, combined with a Croatia win over Iceland. 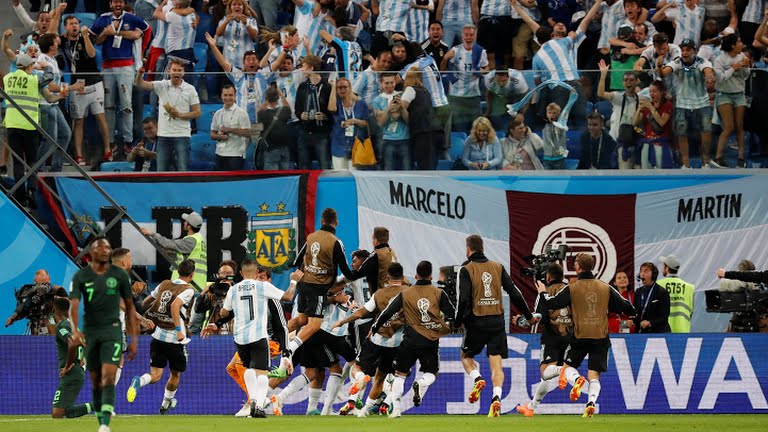 Croatia advance as winners of Group D with the maximum nine points after beating Iceland 2-1 and Nigeria were just minutes away from joining them before central defender Rojo superbly volleyed home a Gabriel Mercado cross from the right.

Argentina’s work isn’t done: it will face France, a World Cup favorite that won its group, in the round of 16 on Saturday in Kazan. Croatia will play Denmark in Nizhny Novgorod on Sunday.