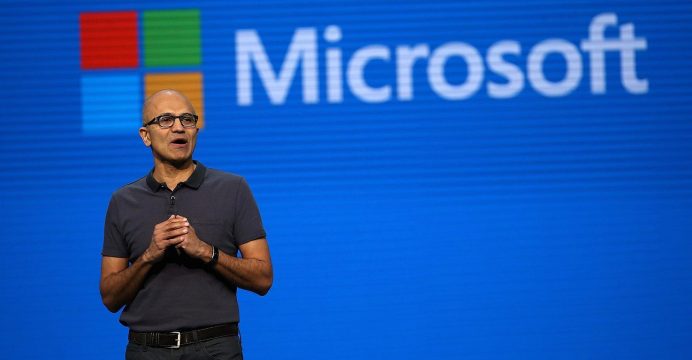 Microsoft takes aim at Amazon with push for checkout-free retail

Microsoft Corp is working on technology that would eliminate cashiers and checkout lines from stores, in a nascent challenge to Amazon.com Inc’s automated grocery shop, six people familiar with the matter told Reuters.

The Redmond, Wash.-based software giant is developing systems that track what shoppers add to their carts, the people say. Microsoft has shown sample technology to retailers from around the world and has had talks with Walmart Inc about a potential collaboration, three of the people said.

Microsoft’s technology aims to help retailers keep pace with Amazon Go, a highly automated store that opened to the public in Seattle in January. Amazon customers scan their smartphones at a turnstile to enter. Cameras and sensors identify what they remove from the shelves. When customers are finished shopping, they simply leave the store and Amazon bills their credit cards on file.

Amazon Go, which will soon open in Chicago and San Francisco, has sent rivals scrambling to prepare for yet another disruption by the world’s biggest online retailer. Some have tested programs where customers scan and bag each item as they shop, with mixed results.

For Microsoft, becoming a strategic ally to retailers has meant big business. In addition to developing retail technologies, it ranks No. 2 behind Amazon in selling cloud services that are key to running e-commerce sites, for instance.

It is not clear how soon Microsoft would bring an automated checkout service to market, if at all, or whether its technology would be the answer retailers are looking for. But some see the technology as the next big innovation in shopping, one that Amazon’s competitors cannot afford to ignore.

“This is the future of checking out for convenience and grocery stores,” said Gene Munster, head of research at Loup Ventures in Minneapolis. The venture capital firm estimates the U.S. market for automated checkout is worth $50 billion. Cashier is one of the most commonly held jobs in the United States.