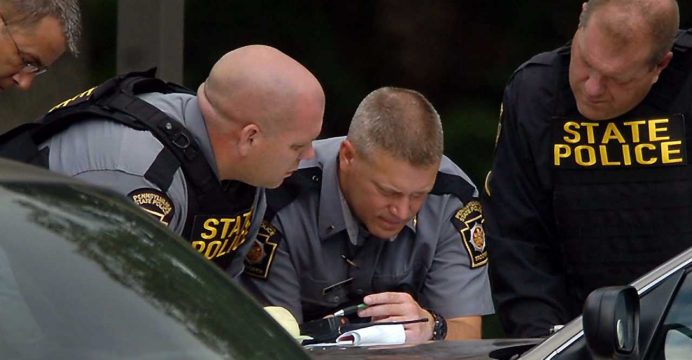 A Hungarian court sentenced four members of a people-smuggling gang to 25 years in prison on Thursday for letting 71 men, women and children suffocate inside a truck in 2015 and dumping the truck with corpses at the side of an Austrian motorway.

Four men have been charged with the killings of the victims, which came at the height of Europe’s migrant crisis in 2015.

All four have been found guilty and sentenced to 25 years in prison each in a first-degree court ruling in the court in the town of Kecskemet. The ruling is open to appeal.

The bodies of the 59 men, eight women and four children, from Syria, Iraq and Afghanistan, were found inside the abandoned truck in Austria on August 26, 2015.

Judge Janos Jadi said the leader of the group was found “guilty of homicide committed as an accomplice.”

“Therefore, the first-degree accused is sentenced to 25 years in prison as member of an organized crime group,” Jadi told a packed courtroom, with a huge media presence.

The one Afghan and three Bulgarians facing murder charges were led into the courtroom in handcuffs by armed police wearing face masks. The ruling is preliminary.

On their way from the Hungarian-Serbian border toward Austria, people-smugglers ignored the cries of the migrants who, before their deaths, continuously banged on the sides of the lorry and shouted, the prosecution has said.

The deaths shocked Europe as it struggled to cope with a massive influx of migrants. It was the worst incident of its kind on the Balkan route taken by hundreds of thousands fleeing war and poverty in the Middle East, Africa and Asia.