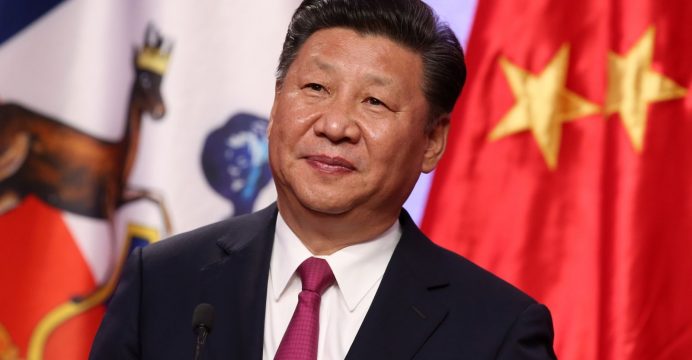 Xi did not mention the United States during a speech at a summit meeting of the Shanghai Cooperation Organisation (SCO), a regional security bloc led by China and Russia.

The United States and China have threatened tit-for-tat tariffs on goods worth up to $150 billion each, as President Donald Trump has pushed Beijing to open its economy further and address the United States’ large trade deficit with China.

Xi spoke hours after Trump said he was backing out of the Group of Seven communique, thwarting what appeared to be a fragile consensus on a trade dispute between Washington and its top allies.

“We must … discard Cold War thinking, group confrontation; we object to acts of getting one’s own absolute security at the cost of other countries’ security,” Xi said.

The SCO was launched in 2001 to combat radical Islam and other security concerns in China, Russia and across Central Asia.

It added two new members, India and Pakistan, last year and Iran has been knocking at the door. Tehran is currently an observer rather than a full member of a bloc that also includes four ex-Soviet Central Asian republics.

Xi also said China would offer the equivalent of 30 billion yuan ($4.7 billion) in loans under a framework formed by SCO countries.