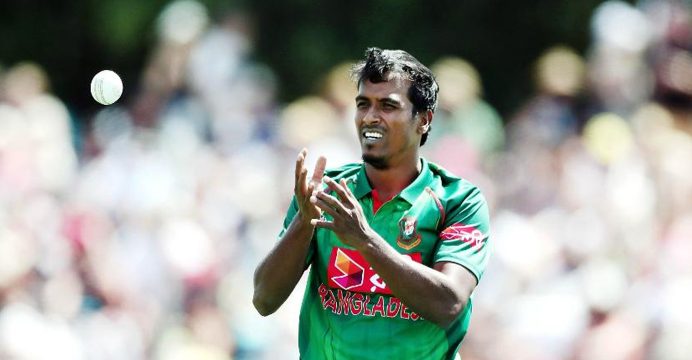 The Bangladesh fast bowler has received an official reprimand and one demerit point for breaching the ICC Code of Conduct.

Bangladesh fast bowler Rubel Hossain has received an official reprimand and one demerit point for breaching the ICC Code of Conduct during his side’s second Twenty20 International against Afghanistan in Dehradun on Tuesday.

Rubel was found to have violated Article 2.1.5 of the ICC Code of Conduct for Players and Player Support Personnel, which relates to “showing dissent at an umpire’s decision during an international match”.

The incident happened in the 11th over of Afghanistan’s innings when Rubel showed dissent by slamming his hand downwards and shaking his head after the umpire had turned down his LBW appeal against Samiullah Shenwari. 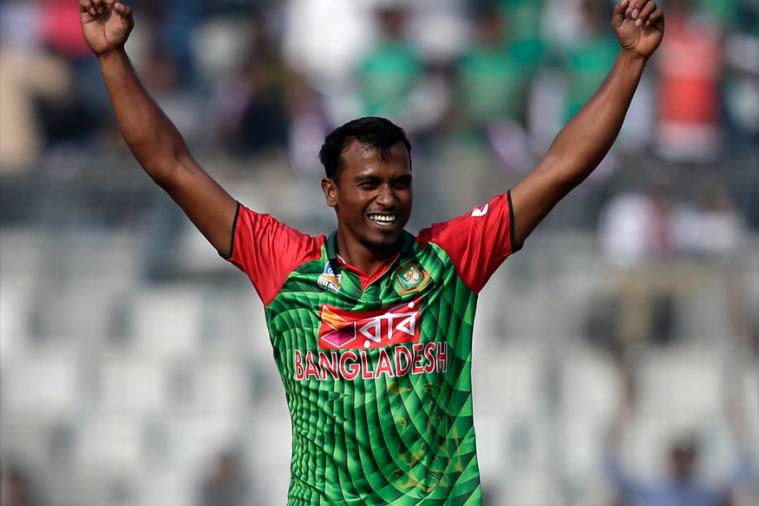 After the match, Rubel admitted the offence and accepted the sanction proposed by match referee Andy Pycroft. As such, there was no need for a formal hearing.

Level 1 breaches carry a minimum penalty of an official reprimand, a maximum penalty of 50 per cent of a player’s match fee, and one or two demerit points.