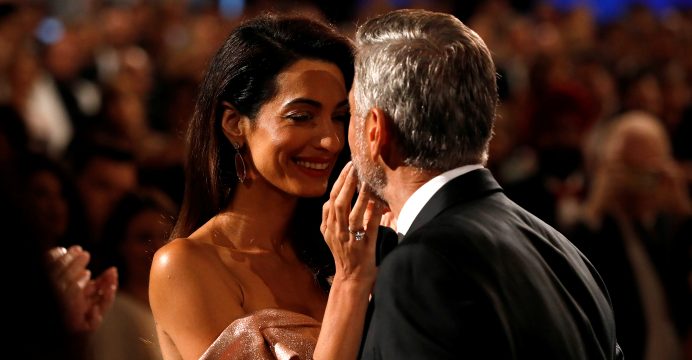 Amal Clooney speaks from the heart as George gets lifetime award

Amal Clooney on Thursday paid unprecedented public tribute to her movie star husband George Clooney, calling him a gentleman, an amazing husband and father and the love of her life.

But she said it was easier for her “to address a court on behalf of detainees than to speak publicly, as I am doing for the first time tonight, about my husband.”

“I met George when I was 35 and starting to become quite resigned to the idea that I would be a spinster. Then we met,” Amal Clooney told the audience, packed with friends and A list stars like Cate Blanchett, Jennifer Aniston, model Cindy Crawford and Diane Keaton. 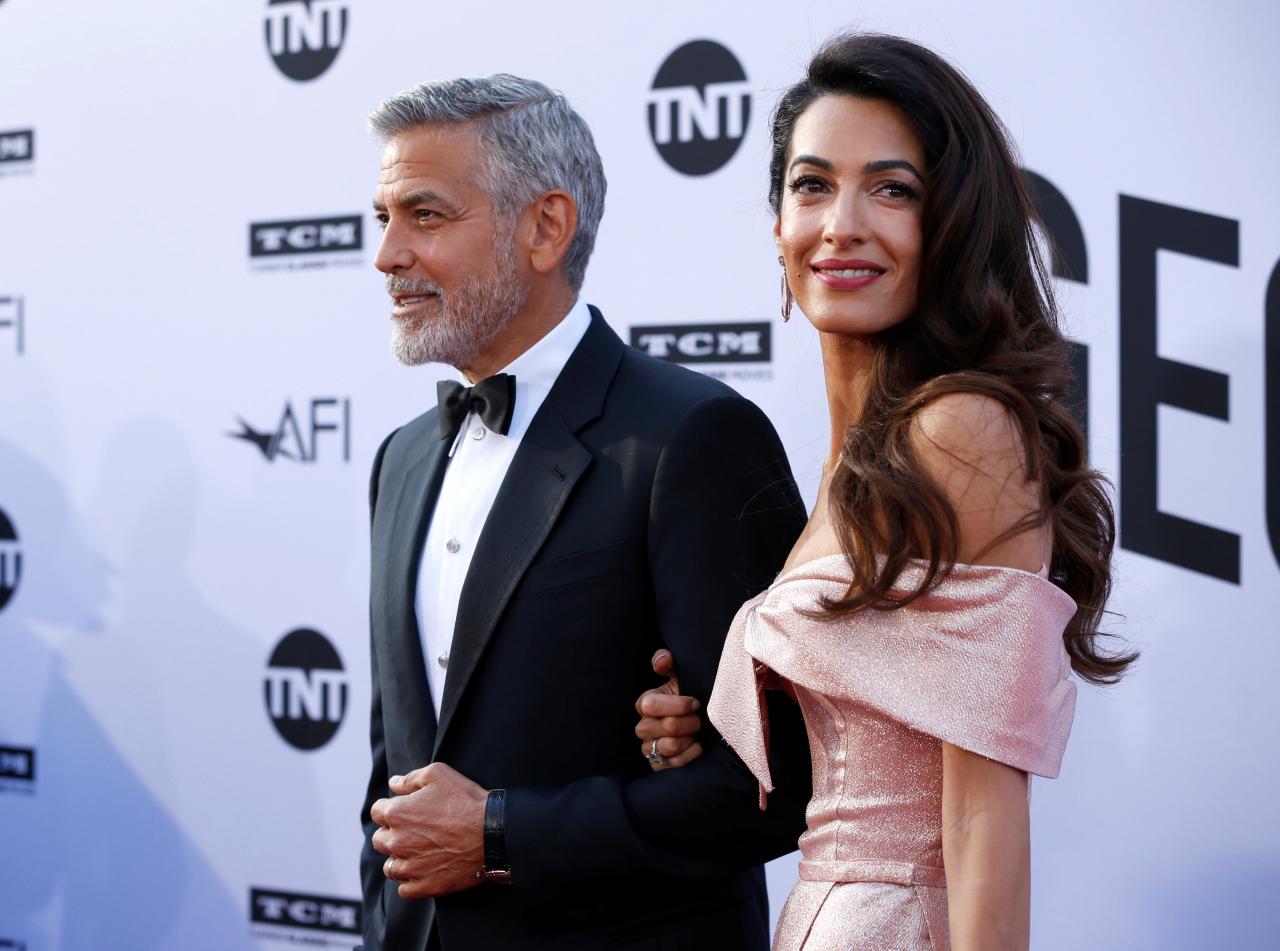 “Five years later, he is the person who has my complete admiration and also the person whose smile makes me melt every time,” she added.

Despite being one of the most celebrated couples in Hollywood after their 2014 marriage and the birth of twins a year ago, Amal and George Clooney rarely speak of their private life.

On Thursday, Clooney was the center of attention as an American Film Institute lifetime honoree. Friends ranging from former U.S. President Barack Obama to Julia Roberts and talk show host Jimmy Kimmel spoke of his wit, charm, generosity and work for causes including refugees in the Darfur region of Sudan and victims of the 2010 Haiti earthquake.

“He always looks better than me, does the whole gray hair thing better than me, may be more debonair than me,” joked Obama, appearing by video. “He is a good man, a good friend, a good citizen, and an outstanding maker of films.”

Clooney, 57, a producer, director, actor and double Oscar winner, made his name on the 1990s medical TV series “ER,” before starring in movies ranging from comedies to thrillers and serious political dramas including “Up in the Air,” “Syriana” and “Three Kings.” 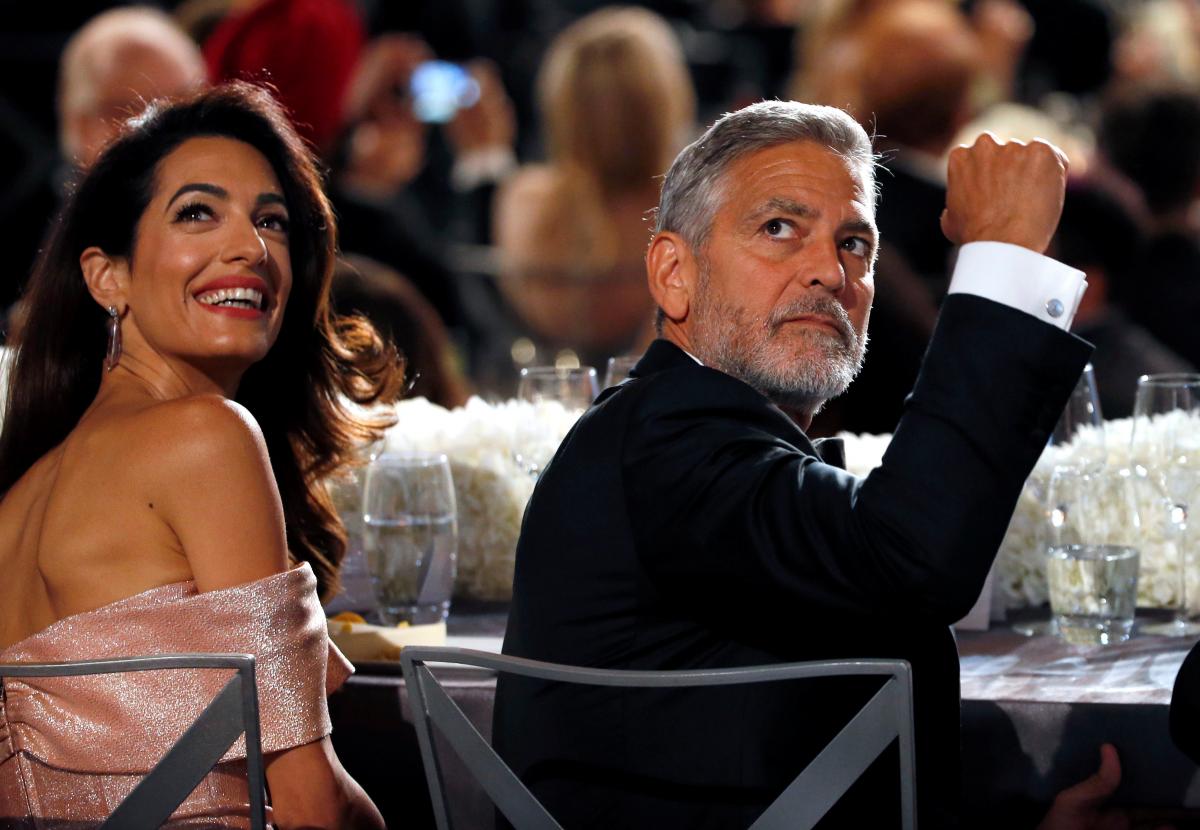 Julianna Margulies, his love interest on “ER,” called him “the most genuine, most stellar human being and friend.”

Clooney said that before meeting Amal he didn’t believe he could “have it all.”

“I love this industry,” he said, before signing off using the title of his 2005 journalism movie. “Good night, and good luck.”

In March, Amal Clooney joined the legal team representing two Reuters reporters jailed in Myanmar who are accused of possessing secret government papers in what has become a landmark press freedom case.