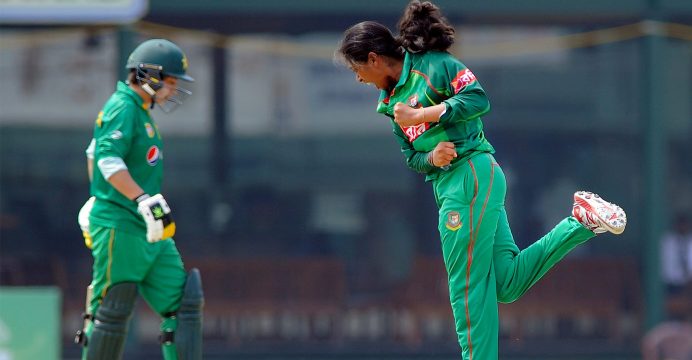 Javeria Khan with 18 runs and Nahida Khan with 13 runs took Pakistan 53 runs in tenth over but it was Sana Mir with unbeaten 21 and Nida Dar with 17 not out added 42 runs for unfinished fourth wicket stand.

Nahida Akhter captured two wickets for 23 runs to make early inroads into the Pakistan batting lineup as she removed both rival openers in the fifth over. However other bowlers bowled a good line length to restrict Pakistan run rate. 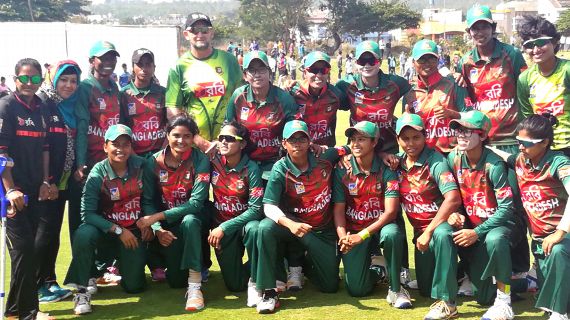 Nigar contributed with an unbeaten 35-ball 31 studded with three boundaries while Fahima supported her with a priceless 23 runs from the other end.

Earlier, opener Shamima Sultana laid the foundation with a 33-ball 31 at the top of the innings.

Bangladesh will face table-toppers India in their next match scheduled to be held on Wednesday (June 6) at the same venue and meet Thailand on June 7 before clashing against the home side, Malaysia on June 9 at the Kinrara Oval.

Earlier, Bangladesh’s women’s team got off to a poor start in the tourney when they suffered a six-wicket defeat against Sri Lanka in their inaugural fixture.