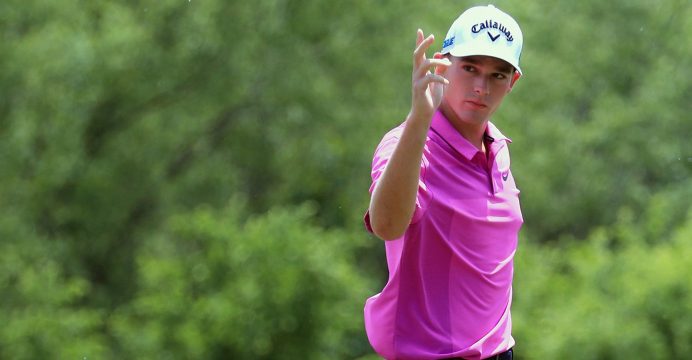 The 21-year-old, who started the day tied for the lead with Leishman, took full advantage of the ideal scoring conditions that prevailed at Trinity Forest when play finally got underway after a four-hour weather delay.

In the tournament’s first edition at the new par-71 layout south of Dallas, Wise’s 23-under par total of 261 crushed the previous scoring record of 19-under 261 set by Rory Sabbatini at the par-70 TPC Four Seasons in Irving in 2009.

Trinity Forest, a links-style layout with neither tress nor water hazards, offered up a birdie bonanza when softened by rain.

Wise joined the action with back-to-back birdies at the fourth and fifth.

He then birdied four in a row from the seventh through the 10th to set himself up for a march to victory on the back nine — where one of the most pressing questions he faced was whether he would be able to finish the round before darkness fell.

Leishman, who launched the week with a career-best 61, just couldn’t keep pace.

The 34-year-old, seeking a third US PGA Tour title, had an eagle and four birdies but tossed in three bogeys that doomed his bid. 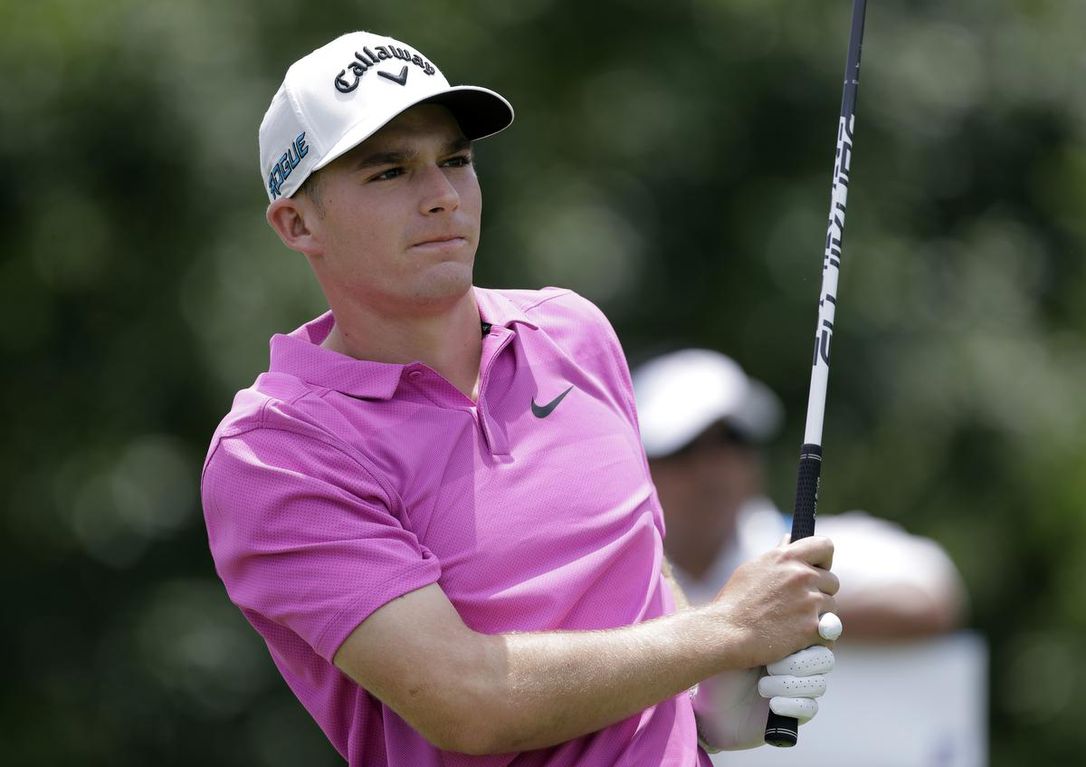 Leishman signed for a three-under par 68 that put him alone in second on 264.

“It’s awesome,” said Wise, who was coming off a career-best PGA Tour finish of second two weeks ago at Quail Hollow which he said gave him “just a ton of self-belief”.

“I felt oddly calm all day long,” added Wise, the 2016 NCAA collegiate champion who was making his 18th tour start as a member. “And to play as good as I did, bogey-free, today was awesome.”

Grace matched his career best 62 posted at last year’s British Open for a 19-under total while Spaun and Mitchell both carded 63s.

Grace had eight birdies and an eagle with one bogey marring his card.

Spaun had eight birdies in his eight-under effort and Mitchell had six birdies and an eagle.

Ryan Blaum got in on the birdie action his six birdies on the front nine including five in a row from the fifth through the ninth. He cooled off with three bogeys and two birdies coming in to card a 66.