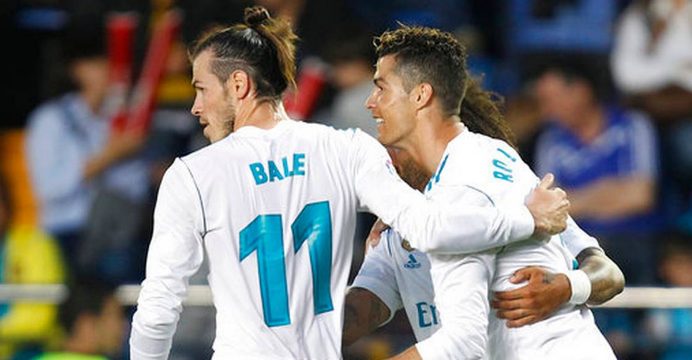 Gareth Bale and Ronaldo put Real in cruise control at the Estadio de la Ceramica but the Portugese, along with Luka Modric, was taken off shortly after the hour and Villarreal came surging back.

It was two substitutes that did it, Roger Martinez unleashing a stunning strike into the top corner before Samu Castillejo struck the equaliser five minutes from time.

Castillejo took advantage of some hesitation from Luca Zidane, Zinedine Zidane’s 20-year-old son, who was making his debut for Real in goal.

“I am happy for his debut, it is an important day for him and his coach,” Zidane senior said afterwards.

“For his father, we will see what he says at home.”

The draw means any hopes Real had of snatching La Liga’s runner-up spot off city rivals Atletico are ended but their attention will quickly turn to Liverpool and next weekend’s showdown in Kiev. Villarreal jump above Real Betis into fifth.

If Liverpool boss Jurgen Klopp had been spying for signs of weakness he would have found few in the opening hour, when Real looked slick, clinical and set for a comfortable victory.

But, defensive frailties were exposed again and perhaps this result underlines that if Ronaldo can be neutralised, this is still a team that is far from unbeatable. 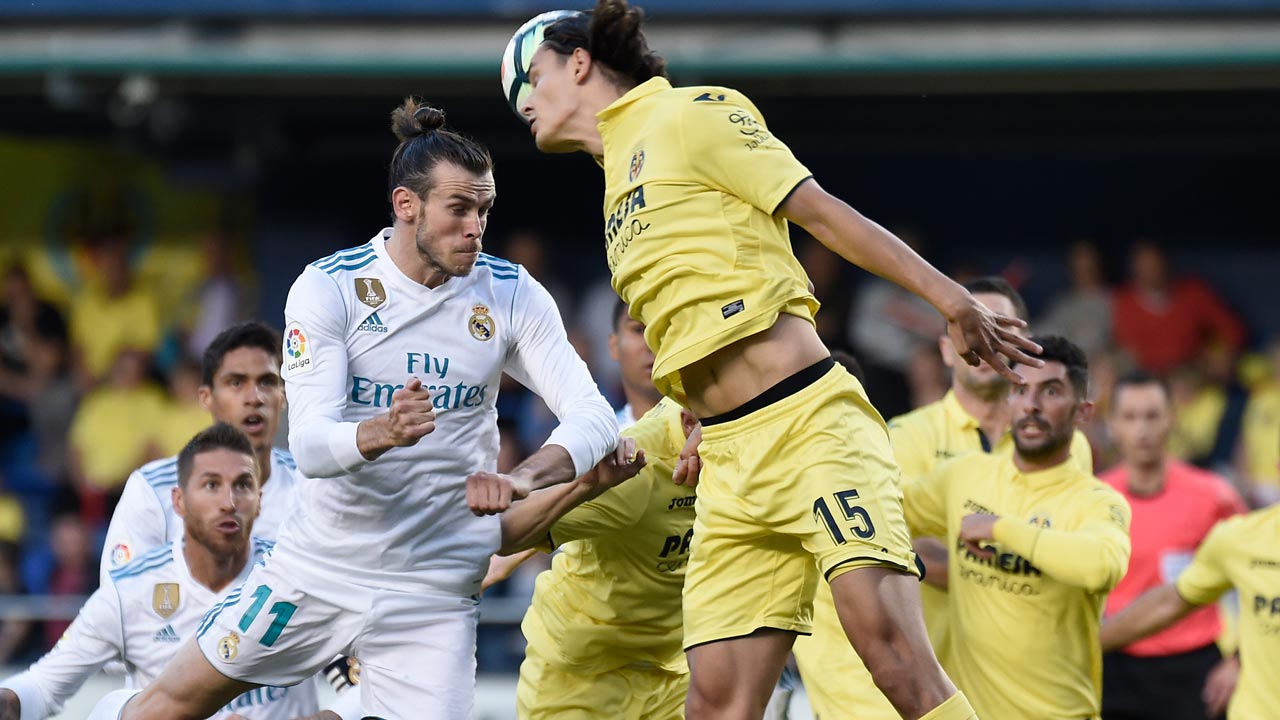 “We are ready,” Zidane said. “We have not had any injuries today and we are ready to play our last match and our final.”

Ronaldo was withdrawn after 61 minutes, the 33-year-old showing no sign of discomfort in what was his first outing since spraining his ankle against Barcelona a fortnight ago.

Bale too will hope his smart turn and finish could yet earn him a starting spot against Liverpool, even if Zidane has shown propensity for ignoring the Welshman’s league form in the past.

After scoring twice against Celta Vigo last weekend, Bale was excellent again here and he at least heads to Ukraine knowing he could not have done much more. He has now scored 17 goals in 19 matches this year when playing more than 60 minutes.

“Gareth has never lowered his level,” Zidane said. “I am happy with his role, for what he does, he has not changed anything.”