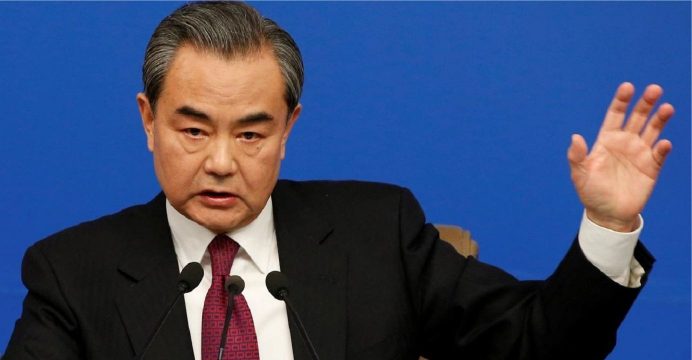 Wang will be in the neighboring country at the invitation of his North Korean counterpart on Wednesday and Thursday, the foreign ministry said in a brief statement.

He will be the first Chinese foreign minister to visit the North since 2007, a lapse that highlights the rough patch that relations between the Cold War-era allies have gone through in recent years. China has backed a series of United Nations sanctions against Pyongyang over its nuclear weapons programme, reports BSS.

But Beijing is likely eager to avoid being marginalized in the wave of diplomacy that has led to last Friday’s historic summit between North Korean leader Kim Jong Un and the South’s President Moon Jae. Kim and Moon agreed to pursue the complete denuclearization of the peninsula.

They also agreed to pursue a peace treaty by the end of the year and hold talks with the United States, and possibly China, to achieve it. The Korean War ceased in 1953 with an armistice rather than a peace treaty. China fought on the North’s side.