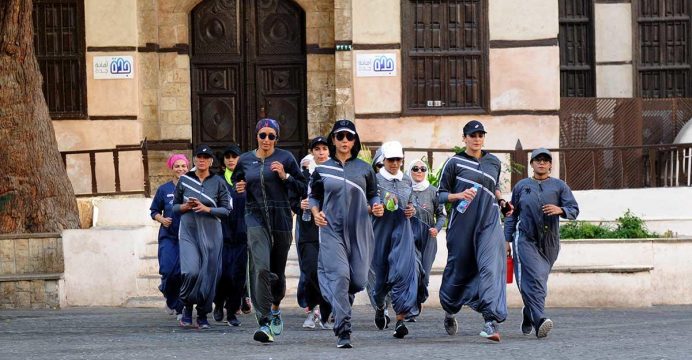 Colourful and oozing defiance, a sports-friendly version of the abaya gown was once considered a symbol of cultural rebellion in conservative Saudi Arabia, but it is fast becoming the new normal.

Pictures of female athletes running in the garb in the Red Sea city of Jeddah went viral last month, setting off a new debate on sartorial freedoms for women in a country where the typically all-black, body-shrouding garment is obligatory in public. 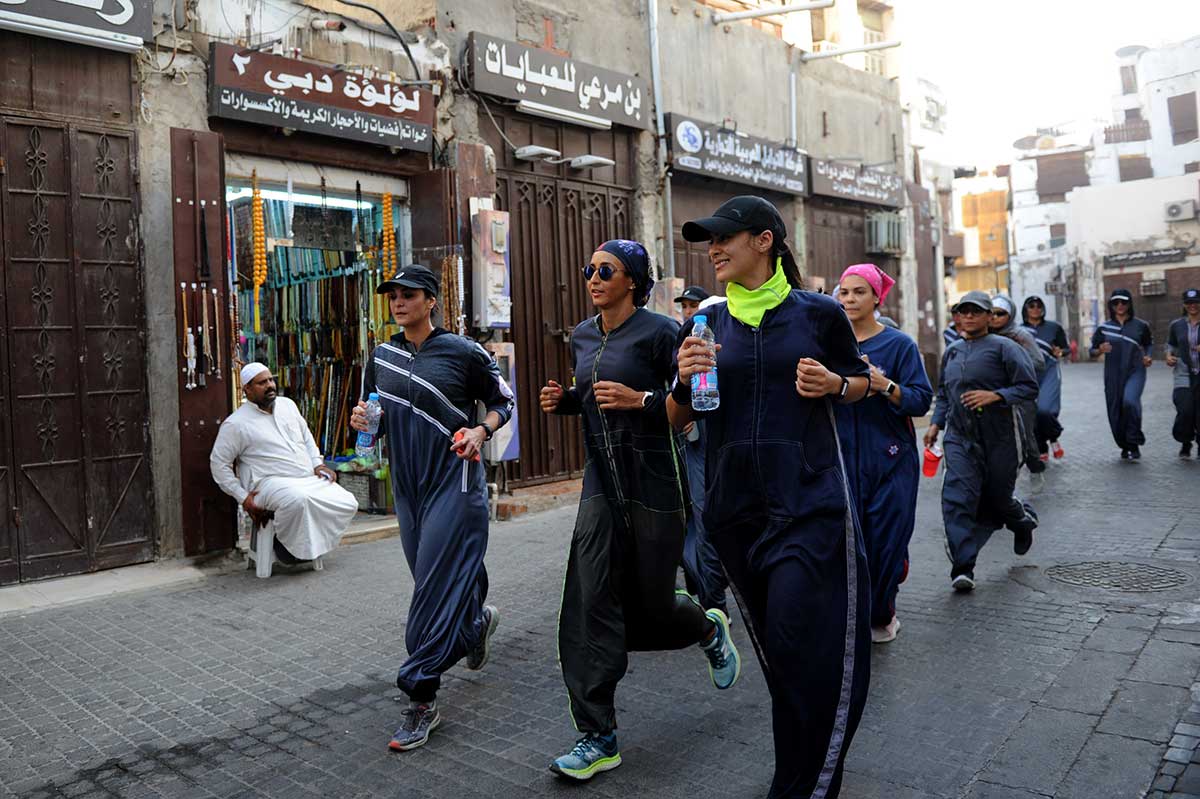 Some cultural purists vented fury online, calling it a breach of tradition, but opposition has been largely muted following recent comments from powerful Crown Prince Mohammed bin Salman that the abaya-any abaya-is not mandatory in Islam.

Until a formal edict comes however, designers such as Eman Joharjy are cashing in on the growing popularity of the so-called sports abayas, as many women push back against traditional attitudes of equating chastity with dress code.

“There is a big demand,” Joharjy told AFP at her fashion studio in Jeddah.

“Having them in different colours is empowering.”

Akin to a zippered jumpsuit, sports abayas envelop a woman’s body but offer greater mobility for sporting activities, in contrast to the classic baggy version where tripping on the hem of the flowing garment is a common risk.

The 43-year-old’s designs come in colours like pistachio green, beige and white-more tolerable in the kingdom’s scorching heat-and she uses natural fabrics, including French poplin, that do not cling to a sweating body.

One of the early pioneers of the trend, Joharjy said she was branded a social outlier and jeered by some as “batman” when she began designing-and donning-sports abayas publicly in 2007.

Joharjy has defied a popular maxim in Saudi Arabia: “If it’s not black, it’s not an abaya.”

Abayas have evolved over the years, with new patterns, fabrics and embellishments, and they are sometimes worn in the kingdom with baseball-style caps over headscarves.

The latest fad is an eye-catching ensemble of “soccer-themed abayas”-in the colours of the local teams, a new way for female sporting fans to cheer for their favourite players.

Such fashion trends are gaining momentum amid the kingdom’s liberalisation drive, including a historic royal decree allowing women to drive from June and enter sports stadiums for the first time.

The government is also seeking to jump-start women’s sports and is moving toward compulsory physical education classes for girls, after a ban was lifted in 2014.

Saudi officials recently announced that women would be able to participate next year in the Riyadh international marathon, previously a male-only event.

Women exercising in public were long a target for the kingdom’s austere religious police, which has largely been neutered in recent years.

And the once-unthinkable idea of doing away with the abaya appears to now be gaining traction.