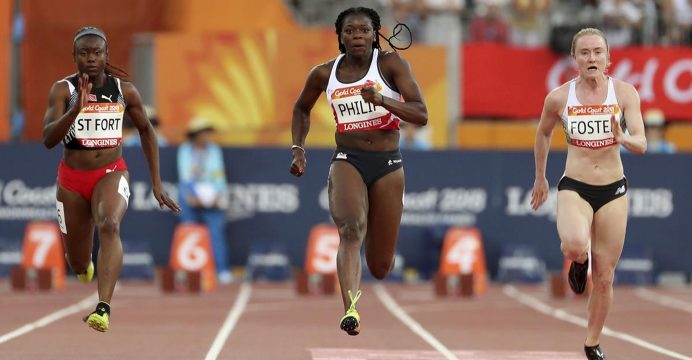 Another favourite – Jamaica’s Yohan Blake – stumbled at the start of the 100m, allowing Akani Simbine and Henricho Bruintjies to make it a South African one-two.

Elsewhere, injury ruled England’s Adam Gemili out of the men’s 100m, while team-mate Asha Philip came fourth in the women’s 100m, which was won by Trinidad & Tobago’s Michelle-Lee Ahye.