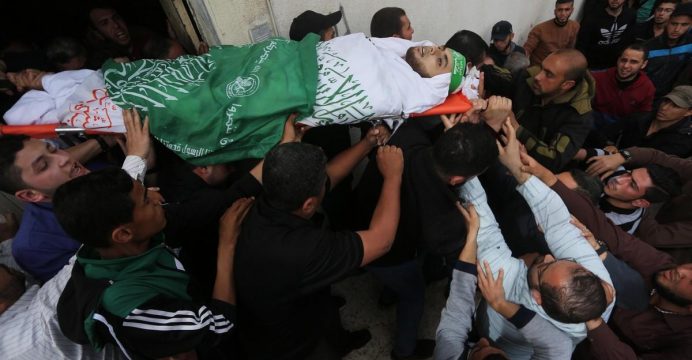 Israeli troops shot dead two Palestinian protesters and wounded at least 150 along the Israel-Gaza border on Friday, Gaza medical officials said, raising the death toll to 22 in the week-long disturbances.

They said the men were killed at protest sites east of Gaza City and Khan Younis during a round of daily demonstrations that began on March 30 and are known as “The Great March of Return”.

The protesters, including Palestinian refugees and their descendants seeking to regain homes in what is now Israel that were lost during its 1948-49 independence war, have set up tent encampments a few hundred metres (yards) inside Gaza. 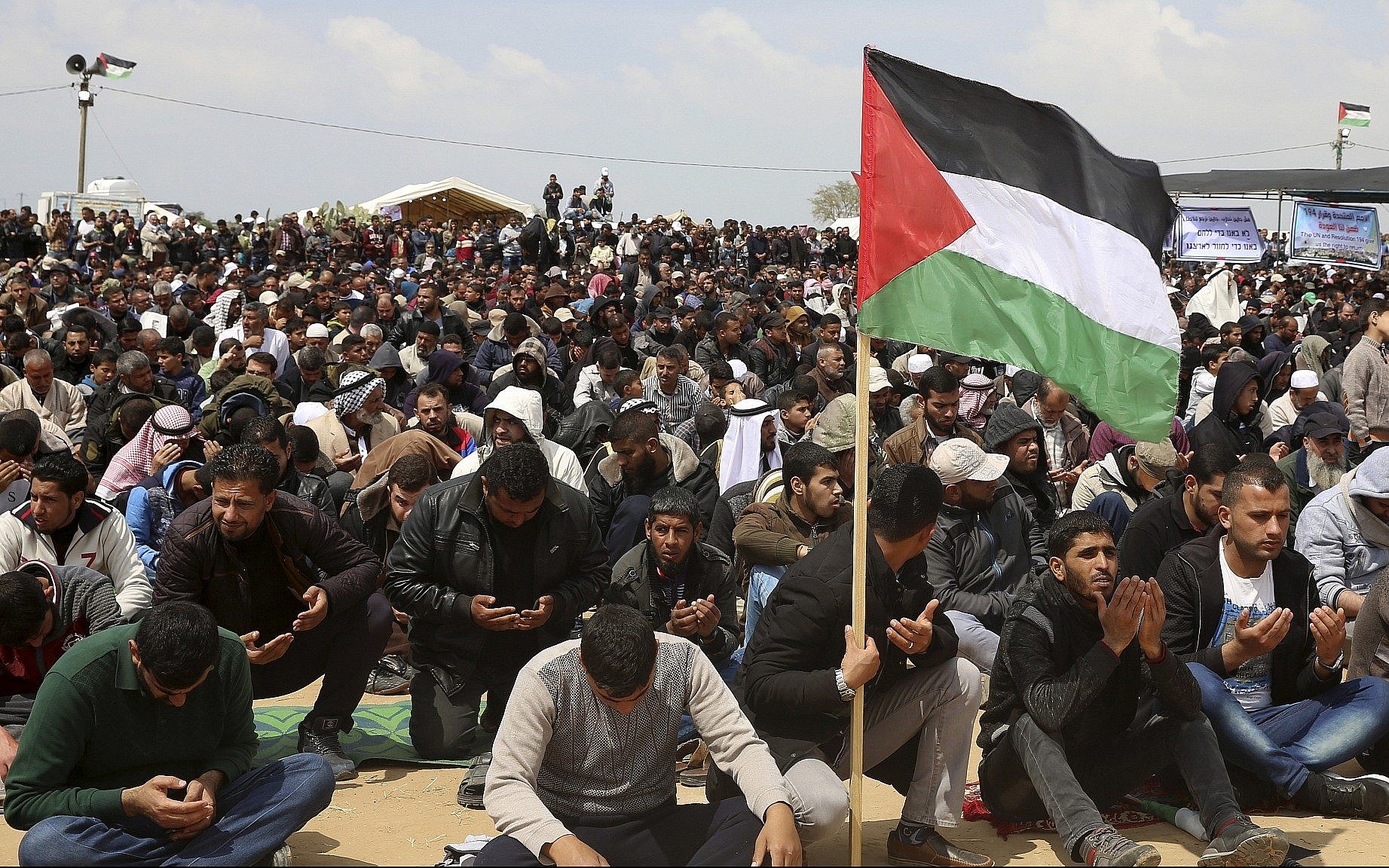 Large groups of youths have ventured much closer to the no-go zone along the border, risking live fire from Israeli troops to roll burning tyres at the barrier and throw stones.

“Israel took everything from us, the homeland, freedom, our future,” said Samer, a 27-year-old protester who would not give his full name, fearing Israeli reprisals. “I have two kids, a boy and a girl, and if I die, God will take care of them.”

The number of protesters on Friday was larger than in recent days, but lower than the outset of the disturbances on March 30, when 17 Palestinians were fatally shot by Israeli forces.

Israel stationed sharpshooters on its side of the frontier to deter Palestinians from trying to break through the fence. Many of those killed were militants, Israel said.

An Israeli military spokesman said on Friday that the army “will not allow any breach of the security infrastructure and fence, which protects Israeli civilians”.

Refugees comprise most of the 2 million population of Israeli-blockaded Gaza, an enclave ruled by the Islamist militant movement Hamas which calls for Israel’s destruction and is designated by Western states as a terrorist organisation.

The demonstrators have revived a longstanding demand for the right of return of Palestinian refugees to towns and villages which their families fled from, or were driven out of, when the state of Israel was created.

The Israeli government has ruled out any right of return, fearing that the country would lose its Jewish majority.