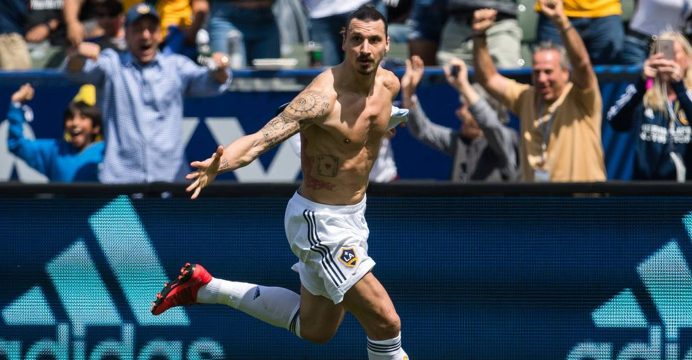 Zlatan Ibrahimovic announced his arrival in Major League Soccer with two goals on his debut including an injury-time winner as the Los Angeles Galaxy fought back from three goals down to beat Los Angeles FC 4-3 on Saturday.

Ibrahimovic — who only arrived in California on Thursday — lashed home an imperious volley from 40 yards just six minutes after coming on as a second-half substitute to make it 3-3 at the StubHub Center.

The Swede then headed home Ashley Cole’s cross in injury time to put Galaxy ahead in an extraordinary finale that lived up to the hype surrounding the veteran striker’s arrival from Manchester United.

“If you look back, every team I played for, I scored in my first official game. I wasn’t going to let that stop today,” a delighted Ibrahimovic said afterwards. “I heard the crowd saying ‘We want Zlatan, we want Zlatan’ And I gave them Zlatan,” he added.

Ibrahimovic’s winner was the final act of a thrilling first ever derby between the Galaxy and expansion side LAFC, who had surged into a 3-0 lead early in the second half after two goals from Carlos Vela and an own goal from Daniel Steres. 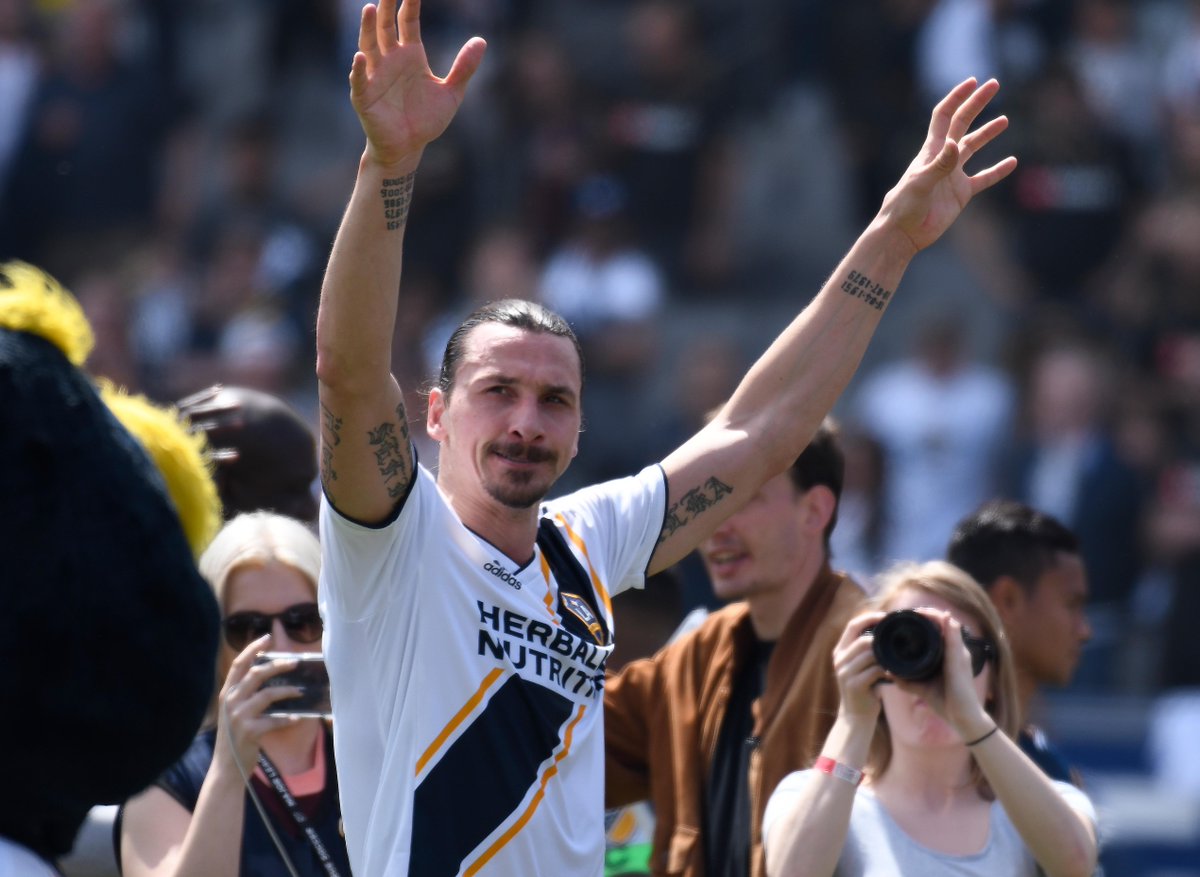 Slack play from LAFC allowed Galaxy to pull a goal back through Sebastian Lletget in the 61st minute after dogged work from Servando Carrasco.

The home crowd then roared in appreciation in the 71st minute when Ibrahimovic made his entrance from the substitutes bench.

The 36-year-old star had an instant impact and was involved in the build- up which led to Galaxy’s second goal, headed in by Chris Pontius from Emmanuel Boateng’s cross.

Suddenly the Galaxy dared to dream of an improbable comeback, and when Ibrahimovic thundered home his equaliser on 77 minutes the home side had drawn level.

“Ibrahimovic is the perfect definition of a guy who always dares to be brilliant,” Schmid said. “If you do that, you can pull off things. That’s a goal that will go around the world.”