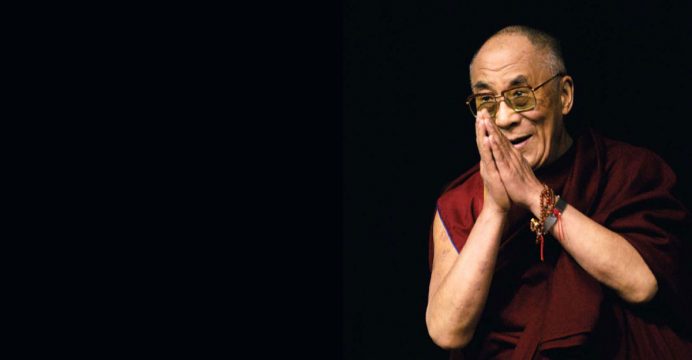 The Tibetan spiritual leader, the Dalai Lama, faces increasing isolation in his home in exile as India tones down an assertive stand toward its powerful neighbor and rival, China, in the hope of calming ties strained by a border stand-off.

The Asian giants were locked in a 73-day military face off in a remote, high-altitude stretch of their disputed border last year, with, at one point, soldiers from the two sides throwing punches and stones at each other.

The confrontation between the nuclear-armed powers in the Himalayas underscored Indian alarm at China’s expanding security and economic links in South Asia.

China’s ambitious Belt and Road initiative of transport and energy links bypasses India, apart from a corner of the disputed Kashmir region, also claimed by Pakistan, but involves India’s neighbors Sri Lanka, Nepal and the Maldives.

Now Prime Minister Narendra Modi’s nationalist government, is reversing course, apparently after realizing its hard line on China was not working, and the Dalai Lama is facing the cold shoulder.

“We are moving forward with this relationship, the idea is to put the events of 2017 behind us,” an Indian government source involved in China policy said.

The idea is to “be sensitive” to each other’s core concerns and not let differences turn into disputes, the source said.

The Dalai Lama has lived mostly in the north Indian town of Dharamsala since 1959, when he fled a Chinese crackdown on an uprising in his homeland.

In Dharamsala, his supporters run a small government in exile and campaign for autonomy for Tibet by peaceful means. India has allowed him to pursue his religious activities in the country and to travel abroad.

Early this month, India issued an unprecedented ban on Tibetans holding a rally with the Dalai Lama in New Delhi to mark the 60th anniversary of the start of the failed uprising against Chinese rule.