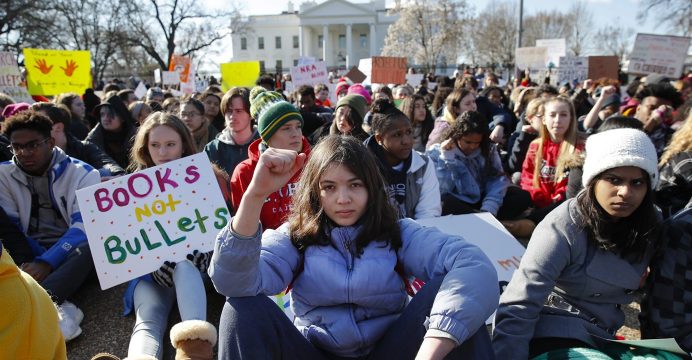 From Washington to Los Angeles, students walked out of US classrooms Wednesday in the largest grassroots protest against gun violence seen in years, demanding action one month to the day after a deadly shooting rampage at a Florida high school.

Hundreds of teenagers from Washington area schools gathered outside the White House, holding up signs reading “Books Not Bullets” and “Protect People Not Guns” before marching on the US Capitol.

“We want to show Congress and politicians we are not standing by, we are not silent anymore,” said 17-year-old Brenna Levitan, who was at the protest with her mother.

“Parkland is going to be the last school shooting.” 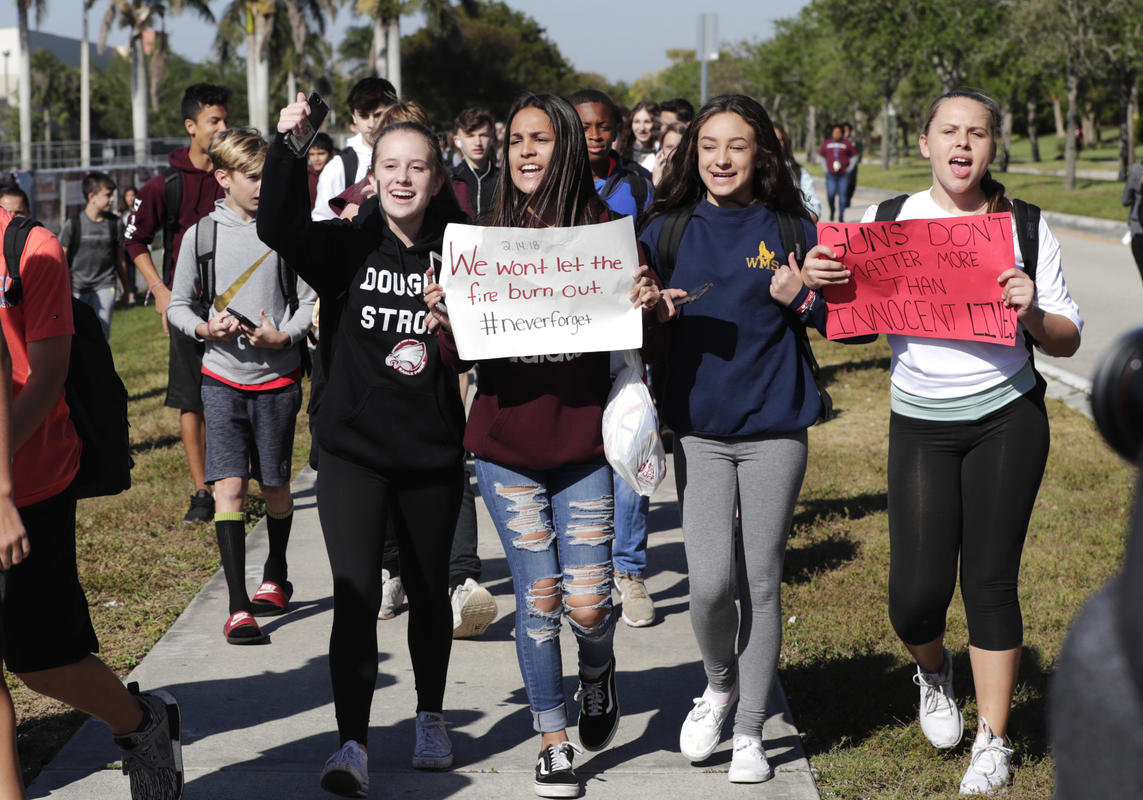 Students in dozens of other cities in all 50 states staged similar demonstrations and observed a moment of silence to honor the 14 students and three adult staff killed a month ago at Marjory Stoneman Douglas High School in Parkland, Florida.

In Washington, several hours after the protests broke up, US lawmakers took their first significant step to address school gun violence since the Parkland shooting.

But Congress has yet to tackle the more controversial aspects of gun control demanded in the wake of the Parkland shooting.

These include expanded background checks for gun sales, a ban on assault weapons and raising the minimum age for some firearms purchases.