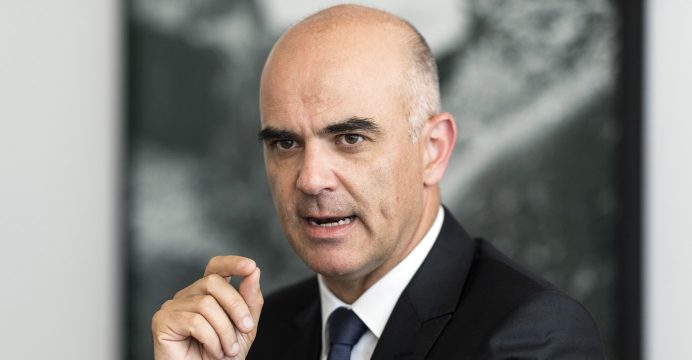 Visiting Swiss President Alain Berset today paid a rich tribute to Father of the Nation Bangabandhu Sheikh Mujibur Rahman by placing a wreath at his portrait in front of Bangabandhu Memorial Museum at Dhanmondi here today.

Berset also visited various corners of the museum. Swiss Ambassador in Dhaka Rene Holenstein, among others, accompanied him.

Bobby apprised him of the history of the museum and also presented some books over Bangabandhu’s life, including the Unfinished Memoirs of Bangabandhu, to the Swiss President. 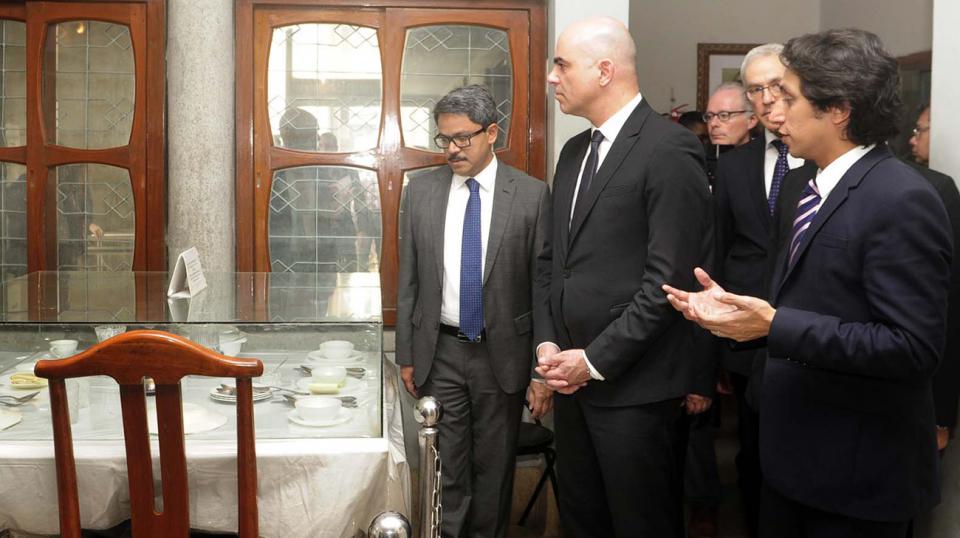 Later, the President penned a remark on the visitors’ book at the Bangabandhu Bhaban where Father of the Nation lived with his family members till the last moment of his life.

Earlier, Swiss President went to the National Mausoleum in Savar in the morning and paid tributes to the martyrs who made their supreme sacrifices during the Liberation War in 1971.

After placing the wreath, he stood in solemn silence for some time as a mark of profound respect to the memory of the country’s patriotic souls.

A smartly turned out contingent of three forces – Army, Navy and Air Force – presented a guard of honor to the Swiss President.

He also signed a visitors’ book and planted a flower sapling there.