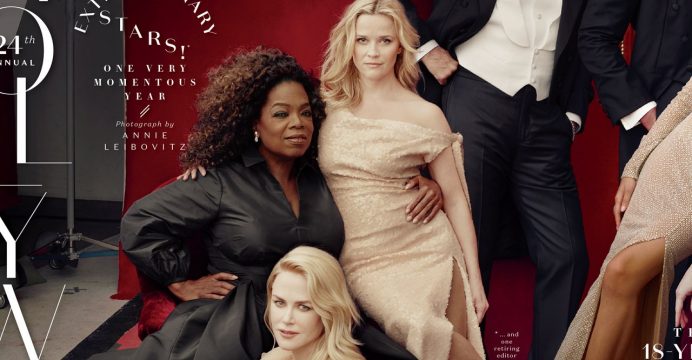 Reese Witherspoon has asked fans to accept her for who she is – after Vanity Fair’s latest cover revealed her to have a secret third leg.

She’s one of 12 film stars photographed by Annie Leibovitz for the magazine’s Hollywood issue, which is published every year during awards season. 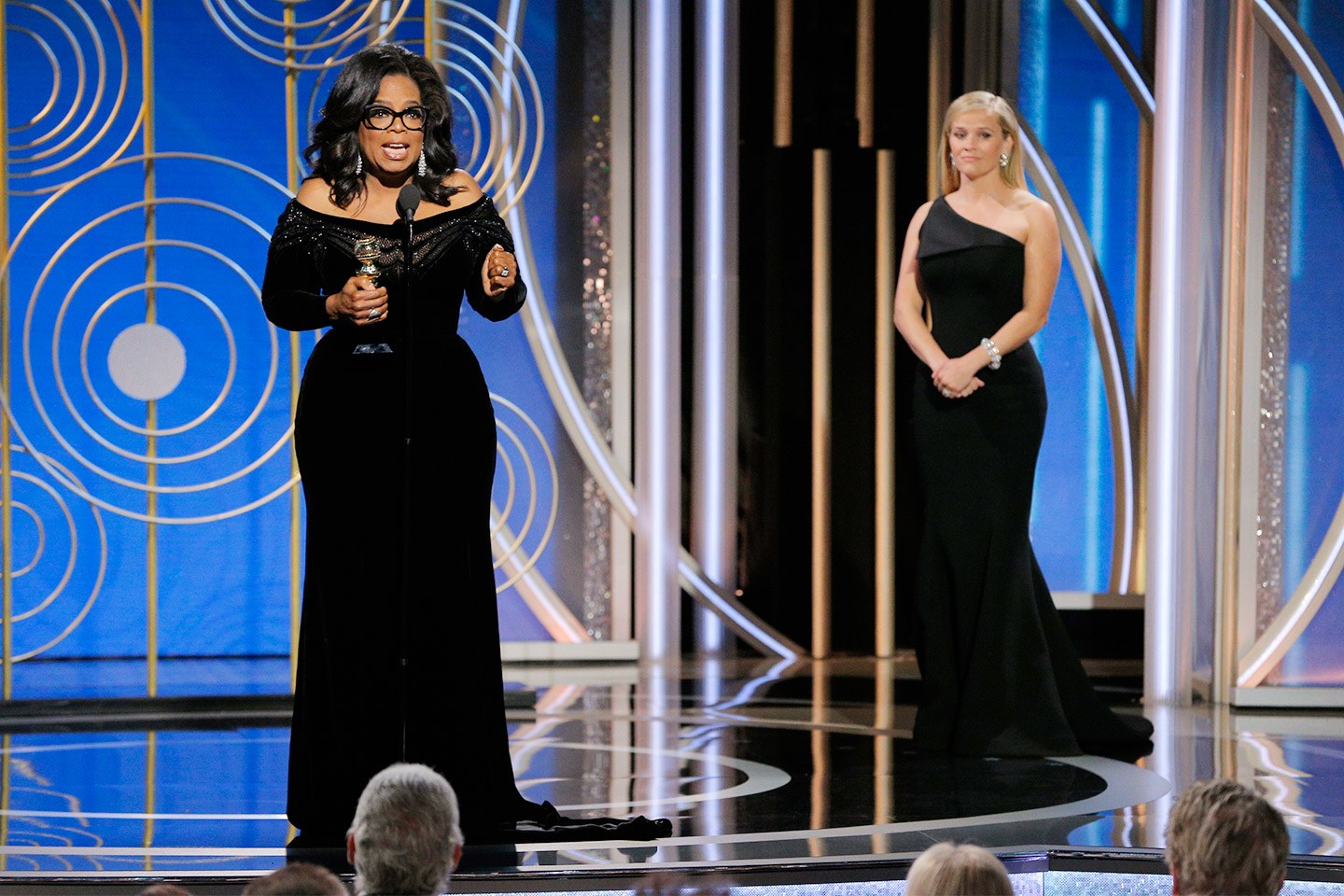 Vanity Fair said the appearance of Witherspoon’s third leg was, in fact, “the lining of her dress”.

Imagine the millions of dollars that have been spent digitally removing Reese Witherspoon’s third leg from films and TV shows over the years. pic.twitter.com/mawsX6WLZ9

Either way, the actress wasn’t the only one to be given an extra appendage.

In a different image, which has now been removed from Vanity Fair’s website, Oprah appears to have a third hand.

Meanwhile, James Franco was digitally removed from the issue after originally being photographed by Leibovitz and interviewed by the magazine.

Well…I guess everybody knows now…I have 3 legs. I hope you can still accept me for who I am. ?( and I will never apologize for snuggling @Oprah .. if you get the opportunity, I highly recommend it;) https://t.co/6GyrfWxNSY

It’s after Franco was accused of sexual misconduct or inappropriate behaviour by five women, including students from his acting school.

A spokesperson told The Hollywood Reporter: “We made a decision not to include James Franco on the Hollywood cover once we learned of the misconduct allegations against him.”

No reshoot was needed because those chosen for the cover are photographed separately in small groups.