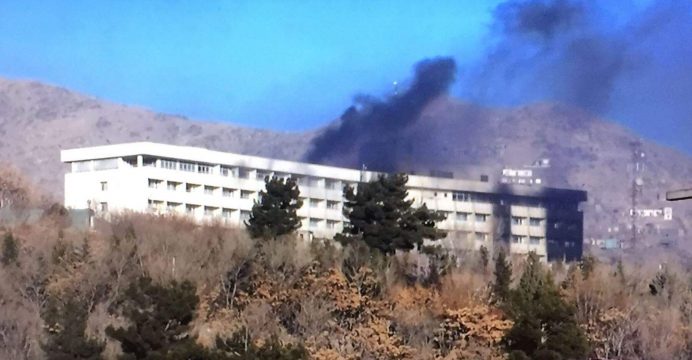 At least 5 dead in attack on Kabul’s Intercontinental Hotel

The Taliban claimed responsibility for the attack, which saw more than 150 guests flee, with some shimmying down tied-together sheets from upper-floor windows and others rescued by Afghan forces. 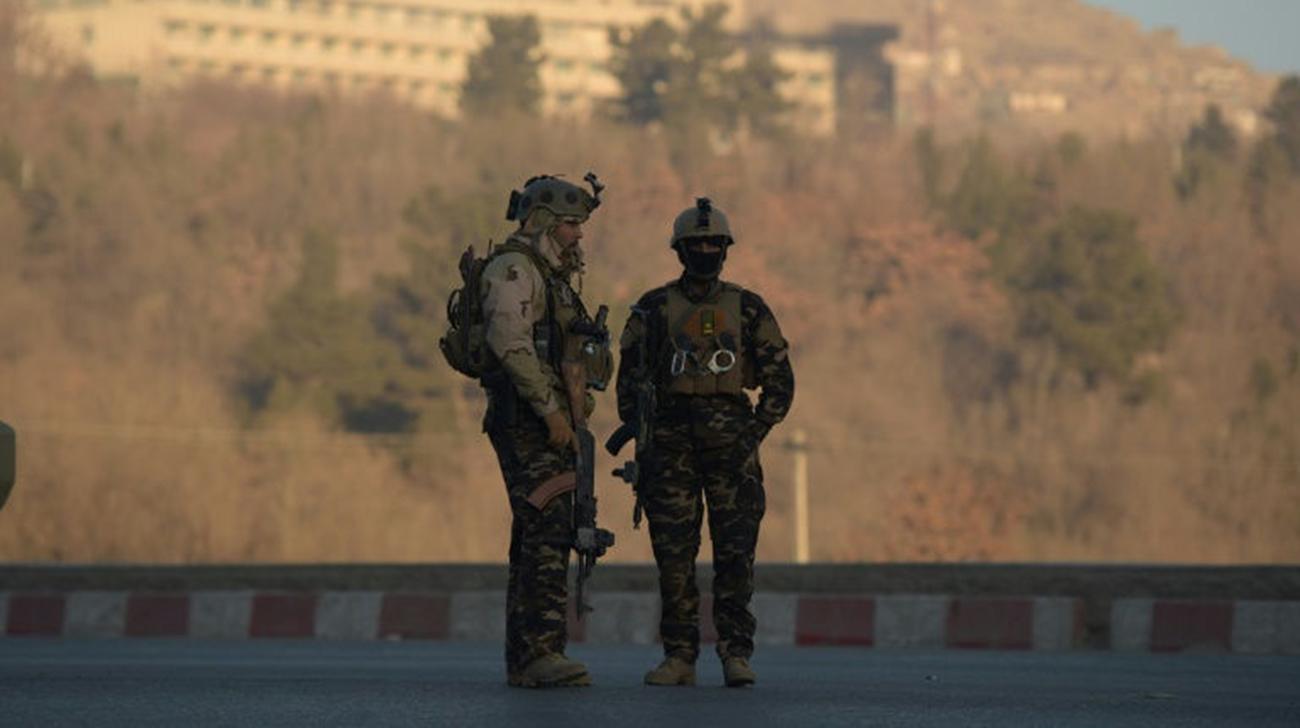 Abdul Rahman Naseri, a guest who was at the hotel for a conference, was in the hall of the hotel when he saw four insurgents dressed in army uniforms.

“They were shouting in Pashto (language), ‘Don’t leave any of them alive, good or bad. Shoot and kill them all,’ one of them shouted,” Naseri said.

“I ran to my room on the second floor. I opened the window and tried to get out using a tree but the branch broke and I fell to the ground. I hurt my back and broke a leg.”

Even after officials said the attack was over, sporadic gunshots and explosions could be heard from the site.

At least five other people were killed and six wounded, a lower casualty total than earlier feared, while 153 people, including 41 foreigners were evacuated, said Danish.

The raid was the latest in a long series of attacks which have underlined the city’s precarious situation and the ability of militants to mount high profile operations aimed at undermining confidence in the Western-backed government.

As day broke on Sunday, thick clouds of black smoke could be seen pouring from the building. Several armored U.S. military vehicles with heavy machine guns could be seen close to the hotel along with Afghan police units.

Hotel manager Ahmad Haris Nayab, who escaped unhurt, said the attackers had got into the main part of the hotel through a kitchen before going through the hotel, with many guests trapped in their rooms.

“When the sixth floor caught fire this morning, my roommate told me, either burn or escape,” said Mohammad Musa, who was hiding in his room on the top floor when he heard gunfire.

“I got a bed sheet and tied it to the balcony. I tried to come down but I was heavy and my arms were not strong enough. I fell down and injured my shoulder and leg.”