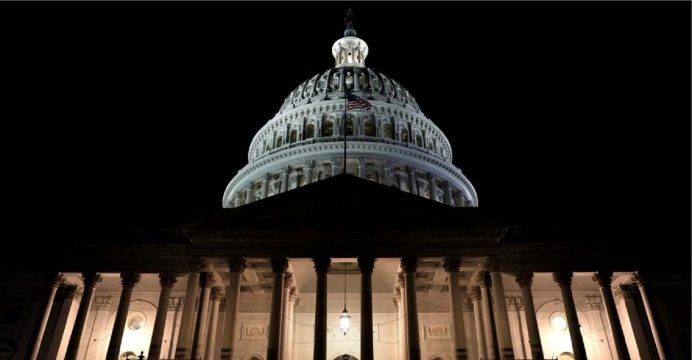 US Government shut down after President Donald Trump and the U.S. Congress failed to reach a deal on funding for federal agencies

For the first time since October 2013 – when a similar standoff that lasted 16 days kept only essential agency operations running – federal workers were being told to stay at home or in some cases to work without pay until new funding is approved.

The world’s most powerful government shut down on Saturday after President Donald Trump and the U.S. Congress failed to reach a deal on funding for federal agencies, highlighting America’s deep political divisions.

For the first time since October 2013 – when a similar standoff that lasted 16 days kept only essential agency operations running – federal workers were being told to stay at home or in some cases to work without pay until new funding is approved, reports Reuters.

Republican and Democratic leaders were expected to renew negotiations on Saturday in the hope of restoring government financing before Monday. The shutdown began a year to the day after Trump was sworn in as president. 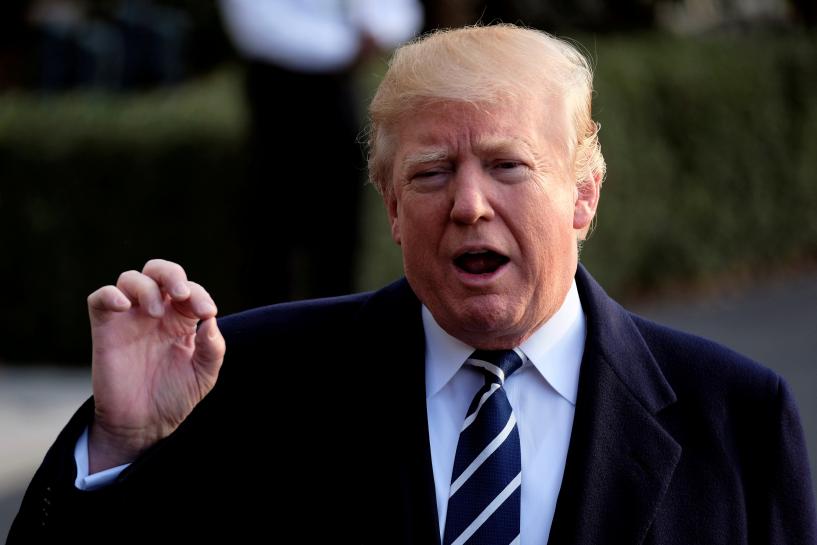 His inability to cut a deal despite having a Republican majority in both houses of Congress marks arguably the most debilitating setback for his administration. In Twitter posts early on Saturday, Trump blamed Democrat lawmakers.

“This is the One Year Anniversary of my Presidency and the Democrats wanted to give me a nice present,” he said.

“Democrats are far more concerned with illegal immigrants than they are with our great military or safety at our dangerous southern border,” he said. “They could have easily made a deal but decided to play shutdown politics instead.”

“We can then be even tougher on Crime (and Border), and even better to our Military & Veterans!” he said.

There had been modest hope on Friday when Democratic Senate Leader Chuck Schumer went to the White House to talk with Trump. One person familiar with the events said the two men agreed to seek a grand deal in which Democrats would win protections from deportation for some 700,000 young undocumented immigrants known as “Dreamers” and Trump would get more money for a border wall and tighter security to stem illegal immigration from Mexico.

By early evening, however, that plan was dead. The source said Trump had spoken with conservative Republicans and been hit with their objections to the deal with Schumer.

Last week, Trump rejected a bipartisan Senate deal that would have protected the Dreamers as well as hand the White House $2.7 billion in new money for immigration enforcement at America’s borders.

In a statement issued minutes before Friday’s midnight deadline for a funding deal, Trump’s White House said: “We will not negotiate the status of unlawful immigrants while Democrats hold our lawful citizens hostage over their reckless demands.”

The shutdown was cemented when the Senate, meeting late into Friday night, blocked a bill to maintain the federal government’s funding through Feb. 16.

The vote was 50-49, well short of the 60 needed in the 100-member chamber to vault the bill over a procedural hurdle.

Four Republicans joined most Democrats in killing the measure. A fifth Republican, Senate Majority Leader Mitch McConnell, voted “no” too, but only as part of a parliamentary maneuver to make it easier to bring another bill to the floor.

The breakdown ended a long day of closed-door meetings in Congress and at the White House. Even as they promised to work on getting the government back up again as soon as possible, Republicans and Democrats blamed each other for the predicament.

“What we’ve just witnessed on the floor was a cynical decision by Senate Democrats to shove aside millions of Americans for the sake of irresponsible political games,” McConnell said.

Schumer said his party took significant steps to reach a deal, including raising the possibility of funding for Trump’s proposed wall along the U.S. border with Mexico, which they have ardently opposed.

“It’s almost as if you were rooting for a shutdown,” Schumer said in comments aimed directly at Trump.

The immediate impact of the government shutdown was eased somewhat by its timing, starting on a weekend when most government employees normally do not work anyway.

The Defense Department said its combat operations in Afghanistan and other military activities would continue, while federal law enforcement officers also would remain on duty.

Trump’s administration also said it planned to keep national parks open with rangers and security guards on duty. The parks were closed during the last shutdown in 2013, which upset many tourists and resulted in the loss of $500 million in visitor spending in areas around the parks and at the Smithsonian museums.

But without a quick deal, most day-to-day operations in the federal government will be disrupted. Hundreds of thousands of government employees will be put on temporary unpaid leave, including many of the White House’s 1,700 workers.

On Monday, government employees ranging from financial regulators and tax collectors to scientists and civilian staff at the Pentagon will have to stay away from work.

Early on Saturday, McConnell offered up a new plan. Instead of the Feb. 16 end date for the temporary spending bill, he proposed Feb. 8.

Senate Democrats had argued this week for an extension of just four or five days to force both sides into serious negotiations on the immigration issue. 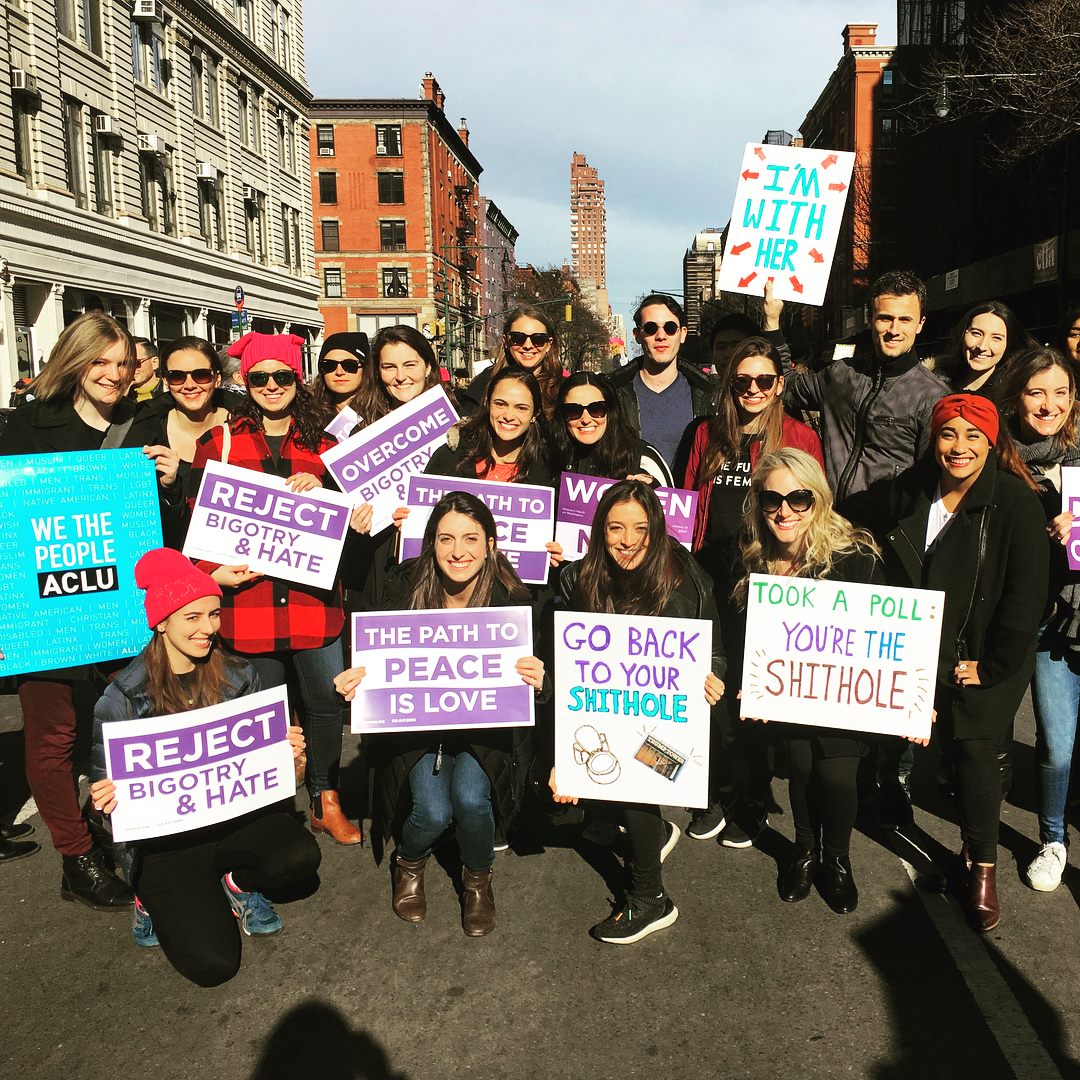 Demonstration on the roads of New York

Open-air parks and monuments remained open in the U.S. capital and on the National Mall preparations were underway for a second multi-city women’s rights march. Some tourists appeared unaware of the shutdown while others expressed frustration at lawmakers’ failure to reach a deal.

”It’s ironic that they get paid – meaning Congress – and the rest of the government doesn’t,” said Dawn Gaither, 57, a Washington teacher. “That’s what we need to do, kick these guys in the tail and get them to work.”

Elke Schmacker, 65, a retired government worker, said she was worried her pension payments and health insurance would be cut off.

”I don’t know what’s going to happen if I have to pay out of pocket,” she said, adding that she had continued to work during the last shutdown under the Obama administration.