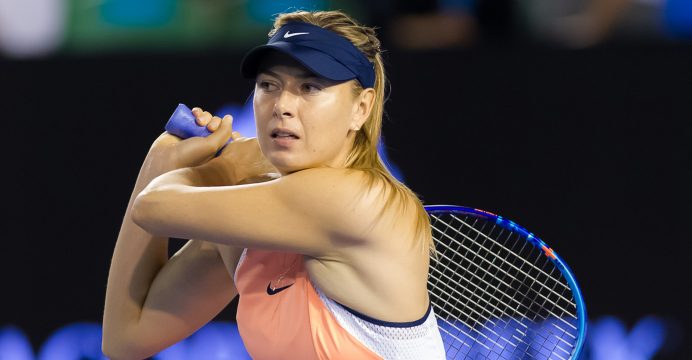 Sharapova too hot for Sevastova, reaches third round

For Maria Sharapova, it was a case of revenge being served hot as she fended off her U.S. Open conqueror Anastasija Sevastova 6-1 7-6(4) under a blazing sun to reach the third round of the Australian Open on Thursday.

The crafty Latvian had knocked Sharapova out of the fourth round at Flushing Meadows last year during the Russian’s return to grand slam action after a 15-month doping ban.

So prior to their Melbourne Park rematch, former champion Sharapova said she was primed and ready for another drawn out dog-fight against the 14th seed.

Centre court was already a sizzling frying pan by the time the players started hitting up in the first morning match at Rod Laver Arena.

So the 35 degree Celsius (95F) heat may have quickly forced a rethink as Sharapova burst out of the blocks in a hail of winners to roar through the first set in 23 minutes.

Although the next set was a “little dicey,” as she wobbled when serving for the match at 5-4, Sharapova was glad to beat a hasty retreat from the broiling conditions.

“It’s a warm day. I did my job in two sets against someone that’s been troubling in the past for me,” she told reporters.

“So, third round of the Australian Open, I don’t know, I think I deserve to smile out there after that victory.”

Sharapova has often been likened to an “ice queen” by her tour rivals. Former Australian professional Jelena Dokic penned a column in a local tabloid on Thursday that said the Russian had little interest in making friends with on-court foes.

Sharapova’s delivery of the women’s trophy at the draw ceremony in the leadup to the tournament caused a minor controversy, with pundits criticizing organizers for teeing it up despite her doping suspension.

The former world number one said she had learned to be comfortable with all the attention.

“I think I‘m just very well aware that I think in this world everyone has an opinion and that no matter what you do, or no matter how you play tennis, or what you say, or how you go about your life, not everyone will like the way that you do it,” she said. 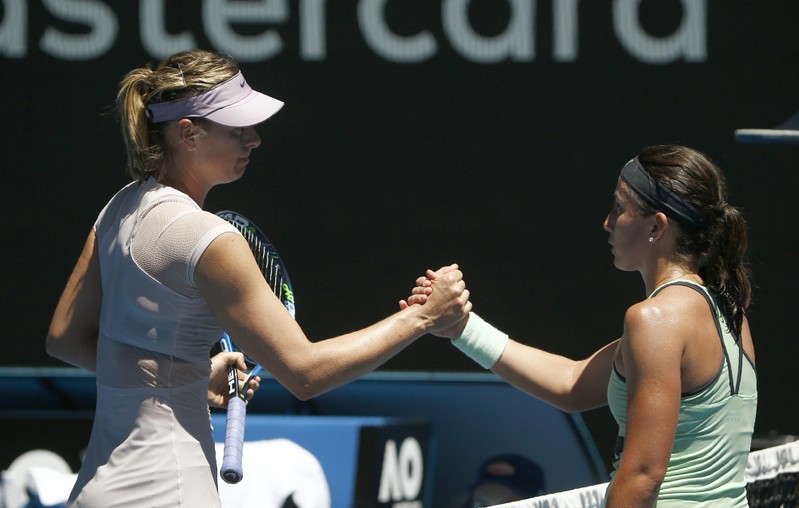 “I think I have learned that from a very young age, and I have come to understand it and appreciate it. I take it as it is.”

Her last trip to Melbourne Park two years ago was the catalyst for her doping ban, as she tested positive for meldonium following her quarter-final defeat to Serena Williams.

But on her return to Rod Laver Arena, there was nothing frosty about the center court crowd as she waved to the terraces following her one hour and 20-minute win over Sevastova.

“I love Australia. I love the summertime. I was watching this tournament with a box of Kleenex next to me sick (last year),” said Sharapova, who next faces 2016 champion Angelique Kerber or Donna Vekic.

“So, you know, I feel like I transported myself into the TV this year and I‘m finding myself on Rod Laver Arena competing. A lot of things to smile about.”