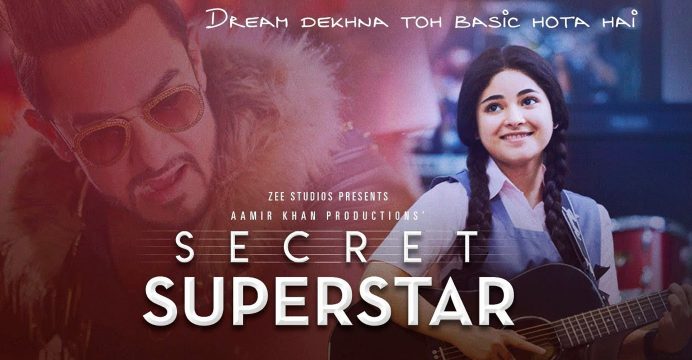 The film, which will be shown on the Chinese mainland this Friday, tells the story of 14-year-old Insia, who chases her dream of being a singer against all odds.

Aamir Khan is one of the most recognized Indian actors in China. His last film, Dangal, was a dark horse in Chinese box offices in 2017, raking in nearly 1.3 billion yuan (about 190 million U.S. dollars).