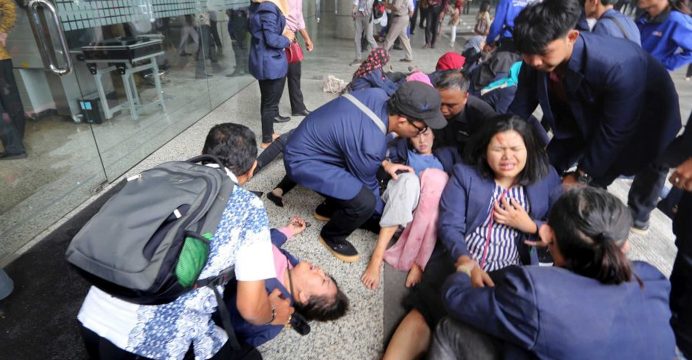 At least 75 people have been injured after a mezzanine floor at Indonesia’s stock exchange building collapsed.CCTV footage shows the entire group falling several meters to the ground when the suspended walkway collapsed.

A large number of Indonesian university students were said to be on the balcony when it suddenly collapsed beneath them just minutes afternoon, officials said.

Many of the injured appeared to have suffered fractures, according to police and hospital officials.

A Jakarta police spokesman said the collapse was an accident and not the result of an explosion.

Television images showed chaotic scenes as victims were taken to the hospital or lay on the ground outside the tower complex in the center of the city’s business district. 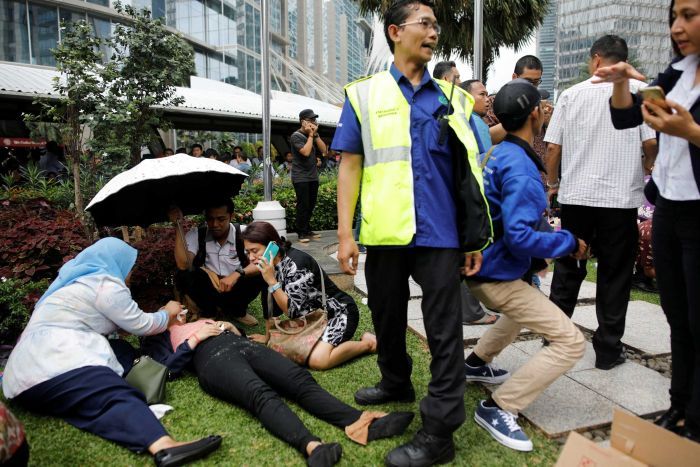 “We were on the corridor on the second floor, but when my lecturer asked us to go back, suddenly it collapsed,” Firda Putri, a 20-year old told.

Jakarta has been hit by multiple terrorist attacks in recent years. The Indonesia Stock Exchange building was also struck in 2000 by two rogue army soldiers who planted a car bomb in the building’s basement, killing 15 people.