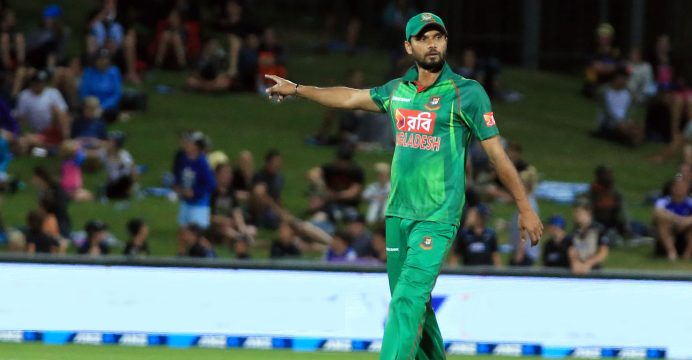 Mashrafe hopes to put up same performance in 2nd match

Winning Bangladesh skipper Mashrafe Bin Mortaza hoped that his side would carry out the same performance in their second match against Sri Lanka.

He was speaking at a post-match session on Monday at the Sher-e-Bangla National Cricket Stadium at Mirpur.

The speedster said winning is always felt well. He also gave a credit to Shakib Al Hasan for the remarkable eight-wicket victory over Zimbabwe.

The Narail express said: “We need to play well against Sri Lanka in the second match. When we’re chasing 171 today, we just knew that we’d be done it one or two partnerships. Tamim did so well in the match and Anamul also. Shakib did great batting at No.3. It’s very important to get the first win and hopefully we continue it.”

Losing Zimbabwe skipper Graeme Cremer said: “We didn’t mind for batting first, 170 are not enough… actually we needed 240. Raza was decent. The lack of ODI’s has hurt us a little, but we do have some experienced players. Guess it never helps when you don’t play enough. Sometimes it’s too late to learn in a short tournament like this.”

“We are going to Dubai after this series and then the World Cup Qualifiers at home. This is what we are looking ahead. We’ll be better in the next game,” he added.