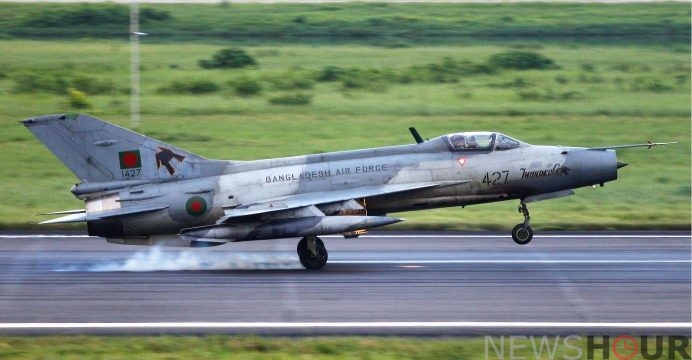 Two training aircrafts of Bangladesh Air Force (BAF) have crashed in a collision in Moheshkhali, Cox’s Bazar, Bangladesh on Wednesday evening at around 6:30 pm, sources said. The local police have confirmed the incidence.

Assistant Director of Inter Services Public Relations (ISPR) Rezaul Karim said a Yeak-8 type BAF training aircraft remained disconnected from the radar since 6:15 pm. The inspector (Investigation) of Maheshkhali Police Station said locals informed them that two burning portions of aircraft slammed on the ground – one at Putivilla village and another at Jaliapara village in Maheshkhali upazila of Cox’s Bazar.

Fire service is trying to bring the fire under control. The crash site is a remote area in South-East Bangladesh to cross over the Bay of Bengal. Since it happened in the evening, the rescue team is finding it difficult to start operation.