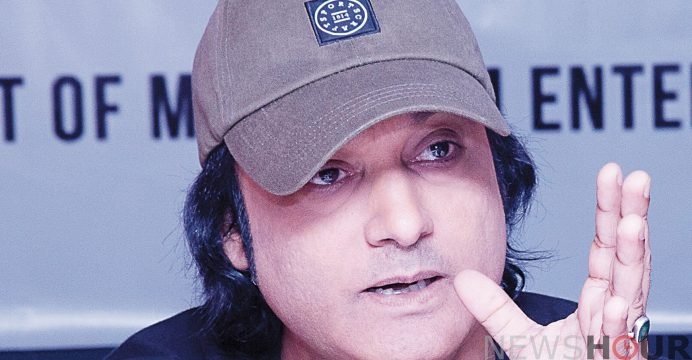 DNCC mayor’s post fell vacant on December 1 after the death of Annisul Huq.

Shafin Ahmed, the lead singer of the band Miles, will be seen on the stage of politics this time as he contests for the Dhaka North City Corporation (DNCC) mayoral by-election.

He has secured the nomination from Bobby Hajjaj’s Nationalist Democratic Movement (NDM) party.

“I am grateful to my leader Bobby Hajjaj, other leaders and activists,” Shafin said. “I am really glad that they picked me.”

Bobby announced the singer’s name as the party’s candidate for the by-polls at a media briefing on Tuesday morning at the National Press Club.

DNCC mayor’s post fell vacant on December 1 after the death of Annisul Huq. Since then, various political parties have been looking for suitable candidates to represent them in the by-polls scheduled for February.

Bobby told the press briefing that his party wanted to take part in the mayoral race. He said he believed that it would be possible to reflect the people’s wishes through the by-polls.

“Since we will get our registration certificate after this by-election, we are announcing the name of NDM’s policy making body member Shafin Ahmed as our candidate,” he said.

“Shafin Ahmed will reach out to the people with a promise to build a Dhaka of dreams and we hope the capital’s residents and the young generation will be on his side,” the NDM party chief said.