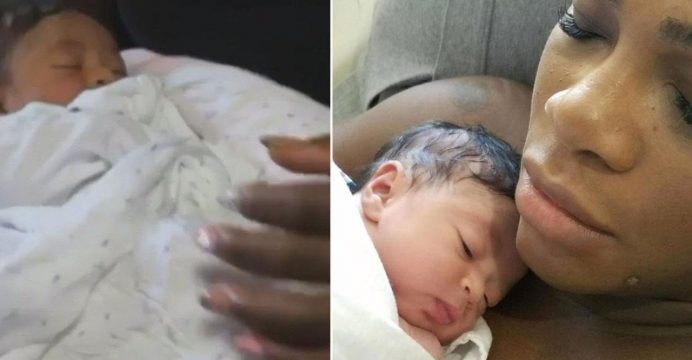 Tennis champion Serena Williams may be facing her biggest challenge yet, as she has turned to social media to ask followers for advice on how to soothe her teething baby.

She said she had tried amber beads, cold towels and letting her daughter chew on her fingers – adding she held her until she fell asleep.

Teething- aka the devil – is so hard. Poor Alexis Olympia has been so uncomfortable. She cried so much (she never cries) I had to hold her until she fell asleep. I’ve tried amber beads… cold towels…. chew on mommies fingers…. homeopathic water (lol on that one) but…… pic.twitter.com/hCRMJ0RhUQ

Her daughter, Alexis Olympia Ohanian Jr, was born on 1 September.

Serena’s followers had various pieces of advice to offer: many recommended using teething rings or letting the baby chew on toys or frozen fruit or ice cubes (placed in a mesh feeder or wrapped in muslin). They also suggested using teething biscuits or teething gels.

Others mentioned letting the baby chew on the end of blankets or pillow cases, or giving the baby age-appropriate painkillers, or teething granules.

There were suggestions of using breast milk popsicles if she was still breastfeeding, or breastfeeding generally as a way to soothe her baby.

Some suggested using cold cloves tea, or clove oil, to rub on the baby’s gums, and others recalled the old advice of rubbing brandy on the baby’s gums. One mentioned her grandmother used a drumstick chicken bone stripped and boiled in broth.

One of the signs a baby is teething is that they start to chew on their fingers, toys or other objects they get hold of.

Most babies start teething at around six months, although some babies are born with their first teeth, while others start teething before they are four months old and some after 12 months, the UK’s National Health Service (NHS) says.