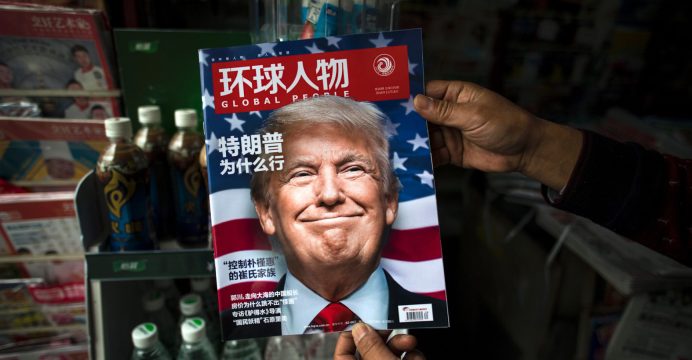 A state-run newspaper in northeastern China’s Jilin city, near the border with North Korea, on Wednesday published a page of “common sense” advice on how readers can protect themselves from a nuclear weapons attack or explosion.

China has voiced grave concern over North Korea’s nuclear and missiles programme, as well as calling on the United States and South Korea to stop provoking Pyongyang.

U.S. bombers will fly over the Korean peninsula on Wednesday as part of a large-scale joint military drills with South Korea. The North has warned the drills would push the Korean Peninsula to the “brink of war”.

The full page article in the Jilin Daily, which does not mention possible attacks by North Korea or any other country, explains how nuclear weapons differ from traditional arms and instructs people how to protect themselves in the event of an attack.

People who find themselves outside during a nuclear attack should try to lie in a ditch, cover exposed skin in light coloured clothing or dive into a river or lake to try and minimise the possibility of instantaneous death, it said.

Cartoon illustrations of ways to dispel radioactive contamination were also provided, such as using water to wash off shoes and using cotton buds to clean ears, as well as a picture of a vomiting child to show how medical help can be sought to speed the expulsion of radiation through stomach pumping and induced urination.

The influential state-backed Global Times in a commentary on Wednesday described the article as a public service announcement due to the situation on the Korean peninsula.

“If war breaks out, it is not possible to rule out the Korean peninsula producing nuclear contaminants, and countermeasures must be seriously researched and spoken openly about to let the common folk know. But at the same time, there is absolutely no reason to be alarmed,” the Global Times said.

North Korea last week tested what it called its most advanced intercontinental ballistic missile (ICBM) that could reach all of the United States.

U.S. President Donald Trump has warned he would destroy the North Korean regime if it threatened the United States with nuclear weapons.

China has rejected military intervention and called for an end to the war of words between Washington and Pyongyang.