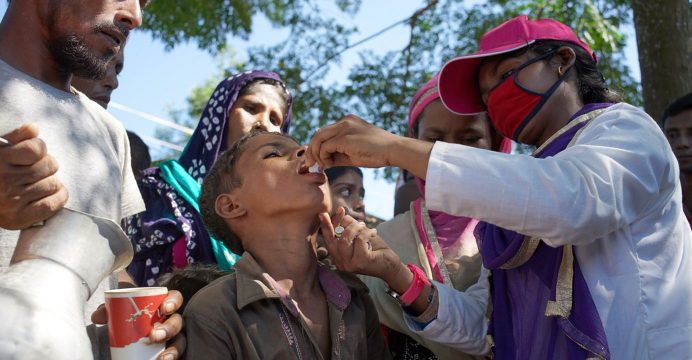 The second phase of the oral vaccination drive began today to provide an additional dose of the vaccine to children of newly arrived Rohingya population against the deadly diarrheal disease. The children are also being administered oral polio vaccine.

Nearly 180,000 children aged between one and five years are expected to receive the second dose of oral cholera vaccine (OCV), while around 210,000 children up to the age of five years will be vaccinated against polio in a six-day immunization campaign in Ukhia and Teknaf sub-districts of Cox’s Bazar and Naikhanchari in Bandarban district.

The campaign is being conducted by The Ministry of Health and Family Welfare (MoHFW) of Bangaladesh with support from WHO, UNICEF, ICDDRB Bangladesh, IOM, UNHCR and local and international NGO’s.

“These large-scale immunization drives against cholera and polio reflect the commitment of the health sector to take all possible measures to protect the health of these vulnerable population,” Dr. N. Paranietharan, WHO Representative to Bangladesh, said. “Children being among the most vulnerable, the vaccination campaign is an important and commendable effort of the Ministry of Health and Family Welfare and health partners”, he added.

The previous oral cholera vaccine campaign, launched on 10 October, covered 700 487 people aged one year and above, 176 482 of them children aged one to five years. 900 000 doses of oral cholera vaccine were mobilized following a risk assessment conducted by MoHFW, with the support from WHO, UNICEF, IOM and Médecins Sans Frontières (MSF), in late September. The International Coordinating Group (ICG) on vaccine provision released OCV within a day of the Bangladesh government’s request, while GAVI, the Vaccine Alliance, provided financial support.

Earlier, in a rapidly organized vaccination campaign for measles, rubella, and polio, 72 334 children up to five years of age were administered oral polio vaccine between 16 September to 4 October.

Providing a second dose of cholera and polio vaccines is essential to ensure protection for children against these diseases. 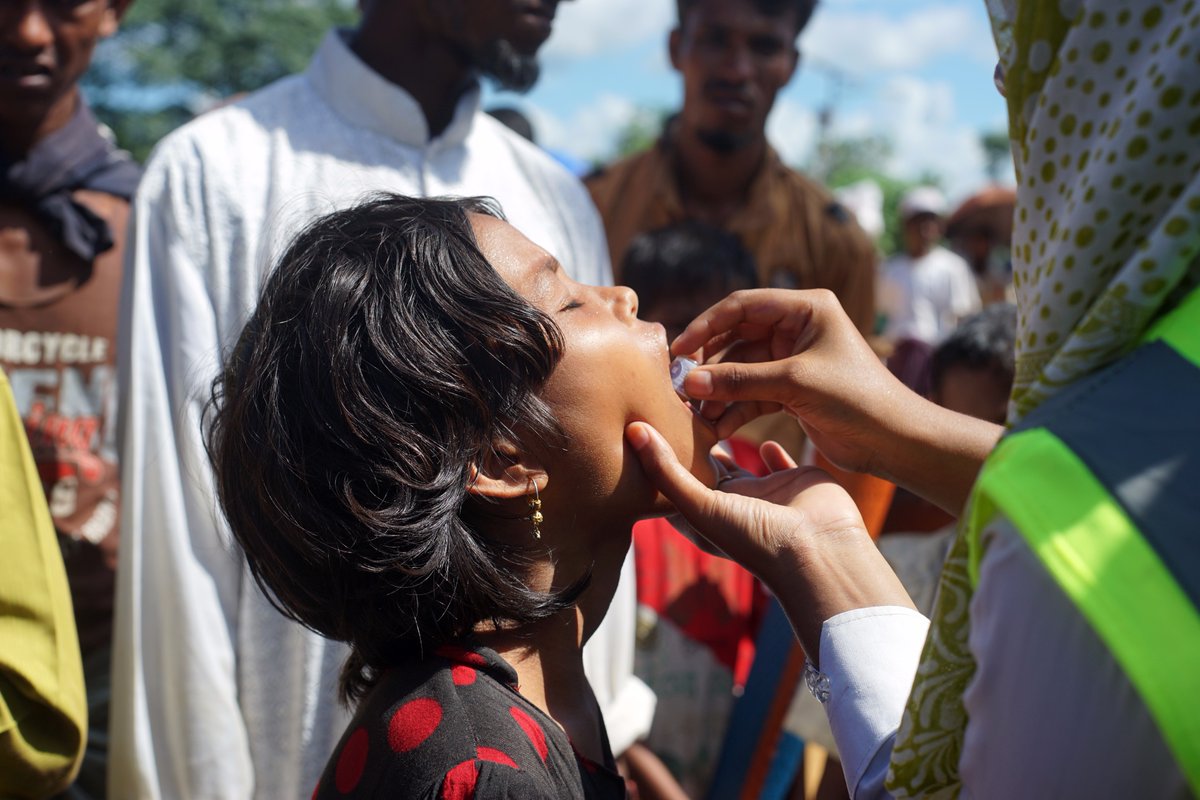