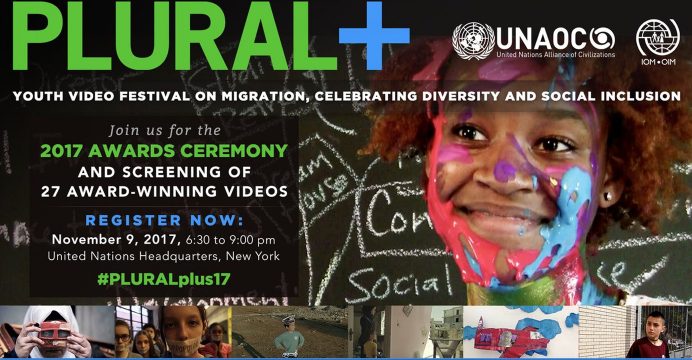 PLURAL+ 2017 Award winners to be honored at the UN

On 9 November, young filmmakers from around the world will be honored at the 2017 PLURAL+ Youth Video Festival and Awards. The ceremony will be hosted at the United Nations Headquarters in New York by Ahmed Badr, a young artist, published author, photographer and poet.

PLURAL+ is an annual Youth Video Festival on migration, diversity and social inclusion. It emphasizes intercultural dialogue, youth expression and the desire for peace and better understanding worldwide. It is a joint initiative of the United Nations Alliance of Civilizations (UNAOC) and IOM, the UN Migration Agency, supported by partner organizations from around the world.

This year’s three International Jury winners were selected from more than 320 videos submitted from 67 countries worldwide. The winning videos are Eliminate Hate, Eliminate Borders by Adrian Vega (Mexico) in the up to 12 years old category, which was produced by a class of hearing- and speech-impaired students in Mexico City with help from their teacher. The video encourages countries to build bridges, not walls.

Aibek by Aisha Salimgereyeva (Kazakhstan) in the 13-17 years old category was created by a group of young Kazakhstani filmmakers about a boy who struggles to come to terms with his sexuality in a society that does not accept him for who he is.

Child of All Nations by Hariz Ghifari (Indonesia), winner of the 18-25 years old category, depicts the experiences of a West Papuan teenager who moves to Yogyakarta, a metropolitan Indonesian city. Faced with discrimination and exclusion, he is forced to reassess his identity as to what it means to be a West Papuan, Indonesian and a citizen of the world.

This year sees the introduction of the new PLURAL+ Award for the Prevention of Xenophobia which has been awarded to The True Impact, produced by Babar Ali and Sarah Randolph. As part of a series of workshops in Nepal organized by the International Youth Media Summit, Ali and Randolph, the film invites the viewer to reflect on the fundamental impact that violence has on individuals and on humanity as a whole. 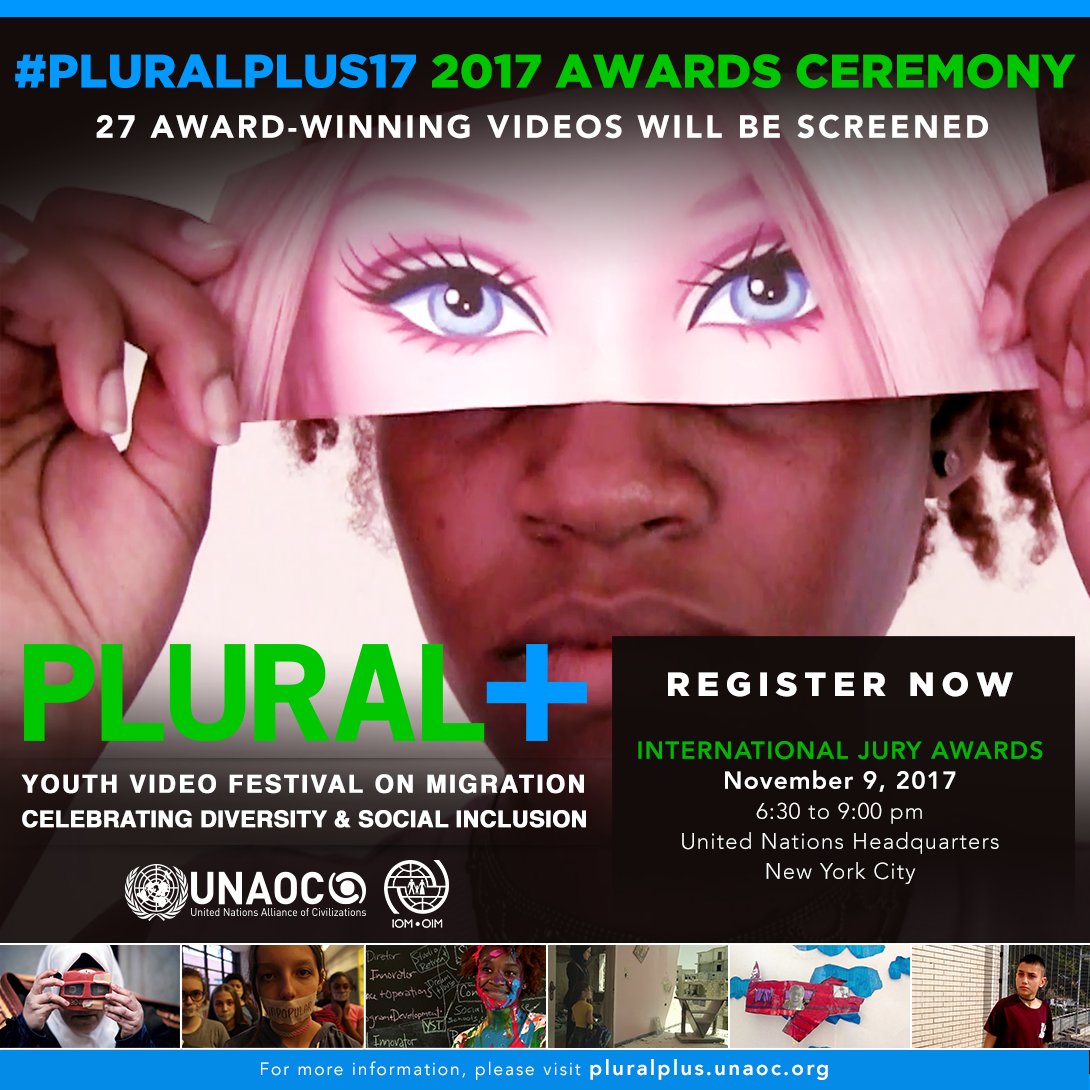 On 10 November, there will be three panel discussions with PLURAL+ winners in partnership with UNICEF/Voices of Youth and the Ghetto Film School at the Paley Center for Media in New York. Young media makers will discuss on migration, diversity, and social inclusion.

The award ceremony on 9 November is open to the public, and will take place at 6.30pm in Conference Room 4 at the United Nations Headquarters.