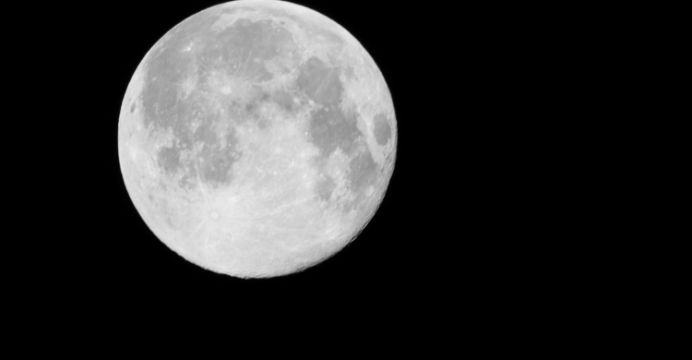 An aerospace engineer has designed and built a device powered by a thermal solar reactor, which could allow up to eight astronauts to make their own water and oxygen on the Moon.

“From the beginning people were thinking this probably has to be done with a solar furnace, because on the Moon there is not very much to heat a system that you can use; photovoltaics with electricity or a nuclear reactor or concentrated solar radiation,” Thorsten Denk, who has experience in concentrating solar and in particles engineering, was quoted as saying in a news release.

The work was detailed in Denk’s paper, presented this week at the 23rd Annual SolarPACES Conference in Chile. The idea is not new. “After the Apollo missions, scientists had a lot of ideas of how to make oxygen on the Moon, because every material that you bring from Earth costs money, reports BSS.

For every kilogram of payload you need hundreds of kilograms of fuel,” said Denk, who worked on the device for 10 years at the Plataforma Solar de Almeria (CIEMAT).

The system could chemically split water from lunar soil and electrolysis could then split the water into oxygen and hydrogen. Unlike soil on Earth, lunar soil does not experience weathering, as the Moon does not have an atmosphere.

The machine “is the real size you would build on the Moon to make oxygen for a crew of six or eight, so there’s no upscaling needed later,” said Denk.

The system can extract water from the lunar soil, and would only require hydrogen brought from Earth for its initial use, after the first few hours, hydrogen would be recycled from then on.

“Even if you bring hydrogen from Earth and get oxygen from the Moon for making rocket fuel, you save nearly 90 percent of the weight. Hydrogen is the lightest element. Oxygen is much heavier,” explained Denk.

According to the creator, the machine can process 25 km of particle load in less than an hour and currently weights 400 km, but could be reduced with further refinement. In just one hour, it can make 700 km of water and in four hours, it could produce 2.5 km of oxygen, all using under 10 kW of electricity.

The machine has now completed a six-month test run this year. With the successful test of this solar reactor design, Denk has achieved the first step, creating H2O on the Moon using solar thermal energy. For the second step, solar electrolysis would break the H2O into hydrogen and oxygen.