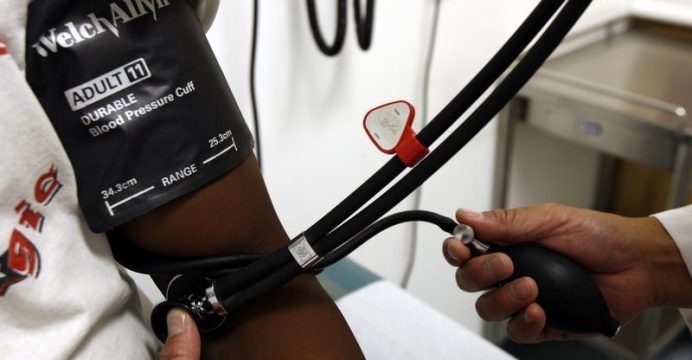 More than one in three adults aged 35 – 75 years in China have high blood pressure, but only about one in 20 people with hypertension have the condition under control, according to the largest study of hypertension in China, involving 1.7 million people, published in The Lancet.

The first national analysis of prescribing practices in China also finds that 1 in 12 primary care pharmacies do not stock any antihypertensive medications. Importantly, high-value medications (considered both low cost and effective) were only prescribed in 1 in 10 cases, with a trend towards prescribing higher cost medications even when there is no evidence they are more effective.

The two studies are part of the China Patient-Centered Evaluative Assessment of Cardiac Events (PEACE) Million Persons Project, an ongoing initiative to study and improve cardiovascular disease risk factors in China, conducted until at least 2020 and ultimately aiming to enroll more than 4 million people. The studies are published in The Lancet.

“Stroke is the leading cause of death in China, causing one in five deaths every year, and uncontrolled hypertension is a significant risk factor. Blood pressure levels in China are also increasing, likely because of an aging population, urbanization, dietary changes, and obesity. The alarmingly low control rate, even among the minority of people who receive treatment, highlights the need for a national strategy on the prevention and treatment of hypertension. It’s encouraging that the government has already introduced corresponding policies, the serious situation could still be gradually reversed.” says corresponding author Professor Lixin Jiang, from Fuwai Hospital, Beijing, China.

The study involved screening 1.7 million people aged 35 – 75 years in all 31 provinces in mainland China. Overall, 37% had high blood pressure and only about 1 in 20 (5.7%) have the condition under control.

Treatment rates were low, with less than a quarter of people with hypertension taking any medication (22.9%), and treatments were generally ineffective or inappropriate, with 76.1% of treated patients not having their blood pressure under control. In the minority of patients who were treated, most of them were only taking one medication, which may partly explain the poor control rates.