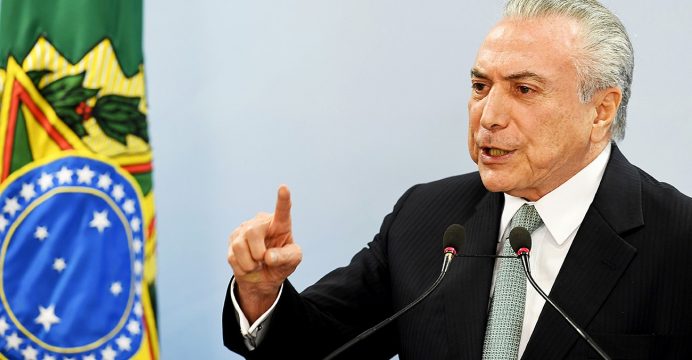 Brazilian President Michel Temer is recovering after a successful operation in a Sao Paulo hospital to reduce the size of his prostate, his office said in a statement late on Friday night.

Temer spent the night in the hospital in a semi-intensive care unit, the statement said.

He was admitted to an army hospital on Wednesday for tests and treatment after his doctor identified a urinary obstruction that was causing him pain.