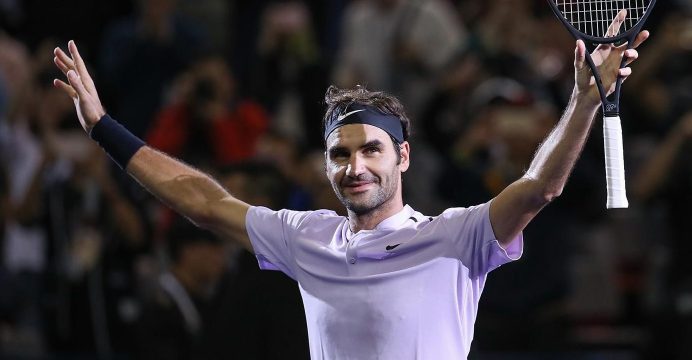 Roger Federer delighted a capacity crowd to ease past American youngster Frances Tiafoe 6-1 6-3 in his first round match at the Swiss Indoors in his home town of Basel on Tuesday.

The world number two streaked away with the opening set and although he was made to work a little harder in the second he was never seriously troubled by the wildcard.

The 35-year-old Swiss, trying to chase down the absent Rafael Nadal for the end-of-year number one ranking, will face Frenchman Benoit Paire in the second round.

Federer is trying to win his home tournament for an eighth time, having missed it last year while he recovered from injury.

Third seed David Goffin of Belgium, battling for a place in the ATP World Tour Finals, began with a 6-2 7-5 win over German Peter Gojowczyk and will meet South Korean Hyeon Chung next.