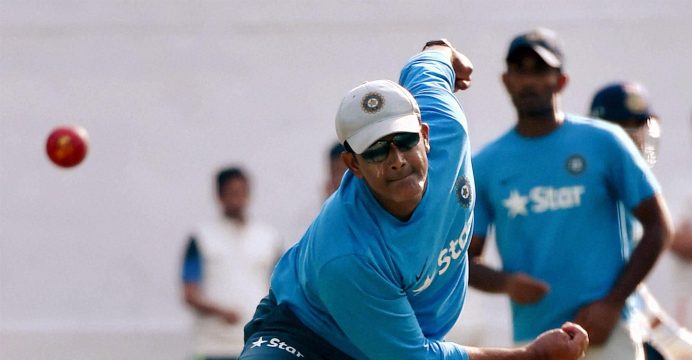 The row follows Kumble’s acrimonious departure as national coach in June, when he quit saying his relationship with captain Virat Kohli was “untenable”.

The Board of Control for Cricket in India joined in the well wishes for Kumble’s 47th birthday but quickly backtracked after its low-key description sent fans into a spin.

Fans of Kumble were angered, saying the board was playing down the achievements of India’s greatest bowler. Other fans urged the board to give Kumble his “due respect”. The BCCI then tweeted another message calling him “former captain” and “legend”, but the damage was done.

Kumble’s relationship with the BCCI was the subject of much speculation after his resignation.

It was reported in the Indian press that board officials tried to salvage ties between Kumble amd Kohli, but that the relationship was beyond repair.

Kumble, who played for India for 17 years, has never commented publicly on the matter. Ravi Shastri was since been appointed coach of the Indian side.

Kumble, or ‘Jumbo’ as he is fondly known, remains India’s highest Test wicket-taker with his 619 scalps in 132 matches.